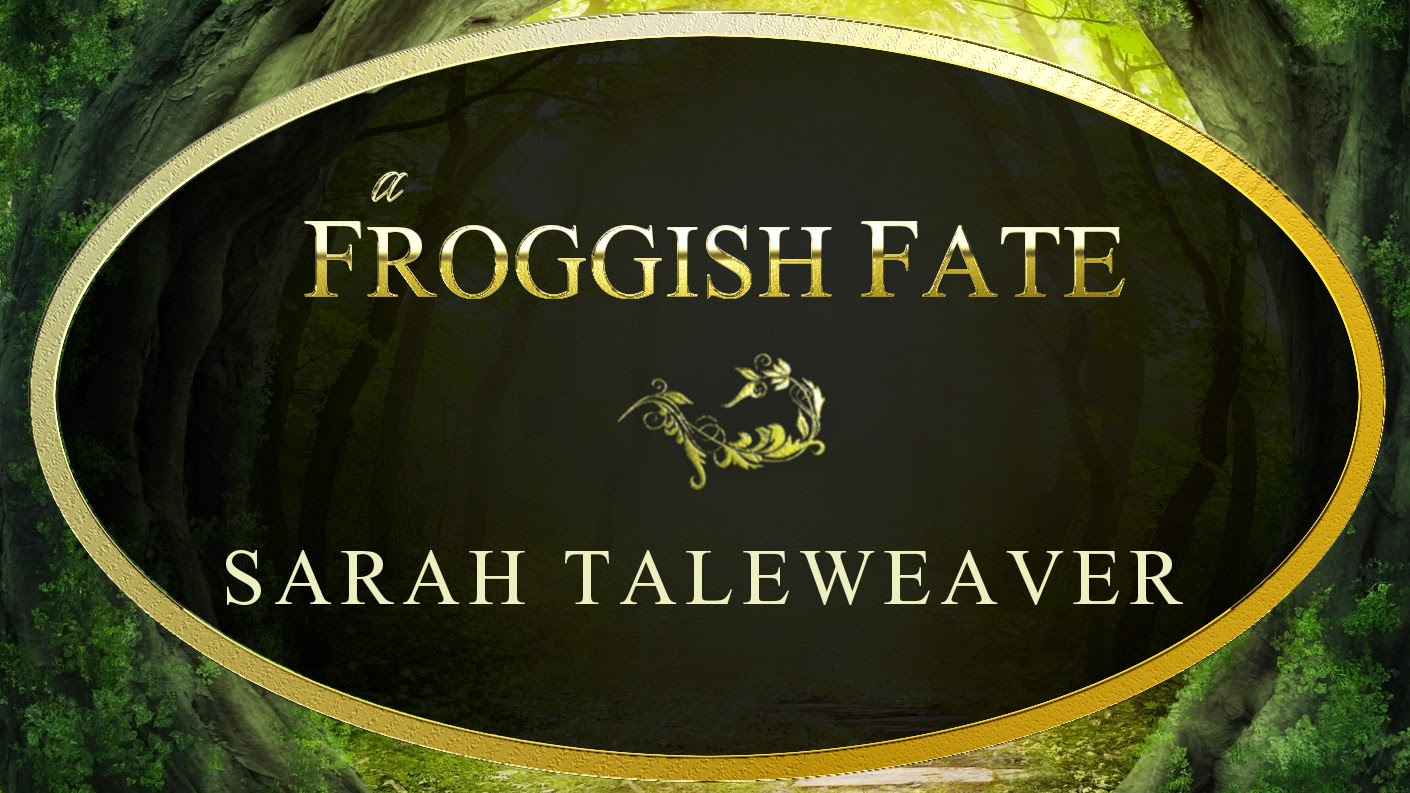 Haha! I saw the title, and I thought: Gervais. GERVAIS. Great job, Sarah!

Ha ha! I've always loved the hints that Gervais was that 'frog prince'. You captured Gervais really well, and thoroughly brightened my day. :)

You had me laughing on the first line!:) I never considered that possibility before, but it now makes a lot of sense. Great job:)

LOL! Very clever, and Gervais' attitude is remarkably like that frog/prince in Starflower. interesting use of the time travel theme, too. Great job.

So very Gervais! As soon as I found out about this contest, I immediately thought, "Gervais in Chu Mana's Swamp." Obviously, I didn't, and I'm just as happy for it! You did a great job with it, Sarah!

That was very funny.
Jemma

Great depiction of Gervais! You really caught his character!

HAHAHA! Great job writing Gervais in all his froggishness!

Excellent ending! I must confess I gave a very unladylike snort of laughter. Nicely done Sarah!

You know, when I first read Starflower and came to this scene I immediately thought of Gervais. I brushed the thought away because Gervais isn't even born for another 1400 years. However a certain Wood we all know doesn't seem to care about time and has been known to knock people a little out of their time. Very funny story!

Oh my gosh, I can't believe I totally missed that when I read Starflower!! You actually made me go back and reread the scene and go digging around in Heartless for additional hints, and I am actually completely convinced that you've just called out Anne Elisabeth on one of her hidden secrets!

In Heartless, it states that the colors of Beauclair are blue and silver, multiple times! And in Starflower, it mentions the prince wearing blue and silver and looking as though he had lived 1000 years apart from Starflower's time... and remember Gervais's little "Dragon"/Frog story in Heartless at the banquet? Foreshadowing, perhaps?

You, my dear, are a genius. And I ADORED your story. Awesome job!

(You can fess up now, Anne Elisabeth! I think we're onto your little secret!)