TEARS OF A THRUSH: Natasha Roxby 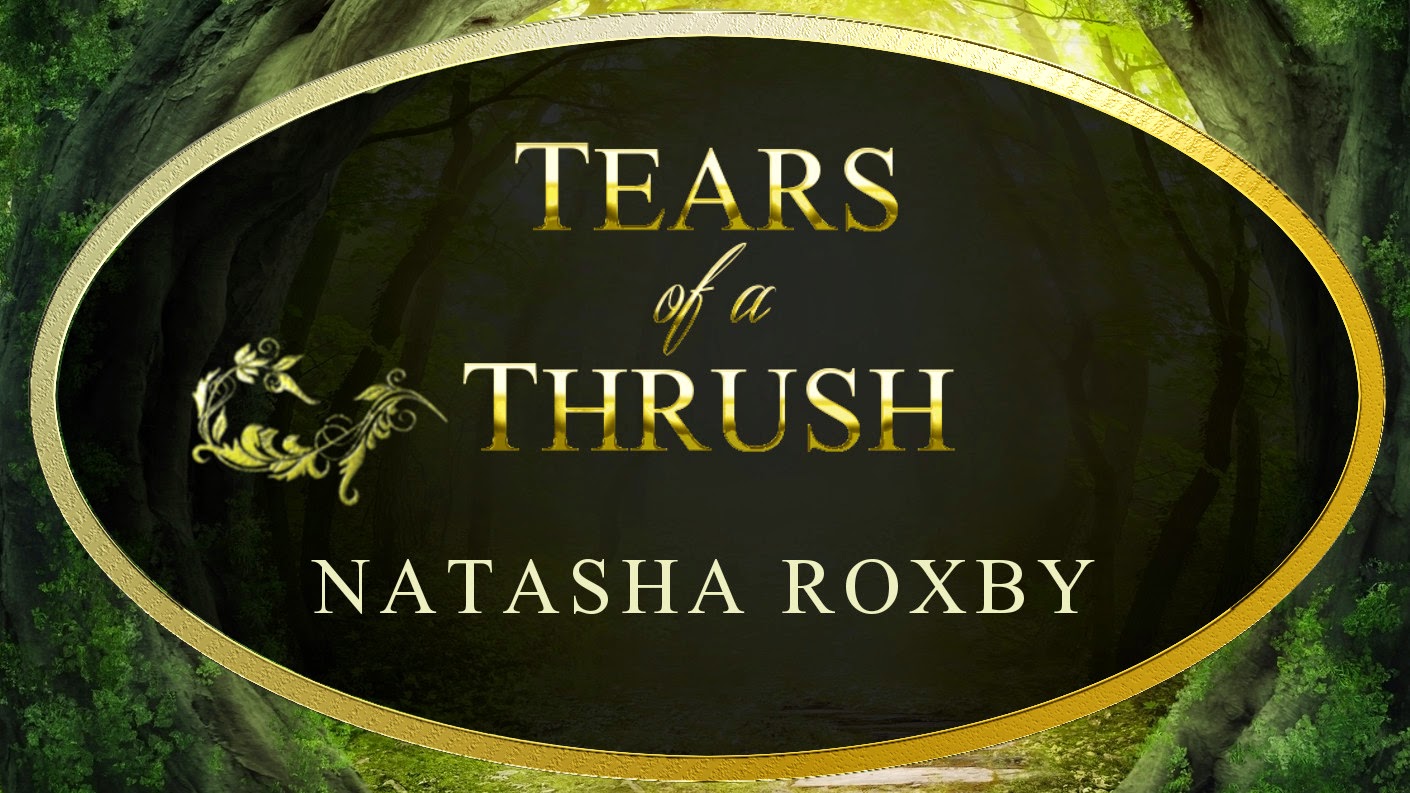 “Beyond the Final Water falling,
The Songs of Spheres recalling,
When the chains you chose are too much,
Won't you return to me?”

VOTING: If you would like to vote on this or any of the other fan fiction submissions, email your top three titles to me at aestengl@gmail.com. Voting is for fans of the Goldstone Wood series only.
Posted by Anne Elisabeth Stengl at 6:13 AM

Ohhh! That's beautiful! Thank you so much, Natasha!

You're welcome, and thank you! I worked so hard on this one! I'm really glad it turned out well!

*sigh* Diarmid. He has always made me sad, and this story just reinforces that.

It was well written, though, and I enjoyed reading it very much.

I know. Me too. I do wish that he hadn't been so stubborn! But the Prince of Farthestshore did everything that there was to be done, and he still didn't return! :/ His story is so sad.

Oh, my. How very profound and wonderfully written. Diarmid breaks my heart, too. Enjoyed how you emphasized Eanrin's pursuit of his nephew and showed the Prince of Farthestshore's steadfast love. Thank you for this beautiful story.

You're welcome, and thank you! It was a pleasure to write it!

Diarmid... *sniff, sniff* This was nicely written, and touching, and sad (obviously). I'm going to go cry into my dinner now....

Heartbreaking and beautiful. This brought tears to my eyes!

A very well-written take on Diarmid's story! So sad. And I REALLY appreciated how you brought in the blood ties. Of course Akilun had died and Alistair was seriously maimed...poor Eanrin!

This was so sad but beautiful!! :( It made me tear up, especially when the Prince said that he would pursue Diarmid until he died a dragon...
Great job!!

Such a heart-wrenching, well-written story. Yes, I think we all must weep for Diarmid. I loved how you had Eanrin pursuing his nephew, praying for his return; and how the Prince pursued him and wept when Diarmid rejected his salvation. Now I'm going to go shed some tears over a strong cup of black tea.

So lovely and so sad. Poor Diarmid . . . I've always felt sorry for him and this just makes those feeling worse. And poor Eanrin as well . . .

You made me cry. Goshdarnit Natasha, you actually made me cry! You just had to write a Eanrin/Diarmid-centric piece, didn't you? You didn't help my glorious tragic little head-canon about Diarmid's origins, you've made it more tragic, and worse than that is that I'm totally okay with how sad this is!! You dastardly diabolical writer, you! Why must you be so good at this? Why must I love this piece even though it rips out my heartstrings one by one? You are a crafty bugger. A crafty bugger indeed. Fantastic job! :)

Thank you all! This being just after I found out that This one got third place, I'm still absolutely bubbling! Thank you!!!