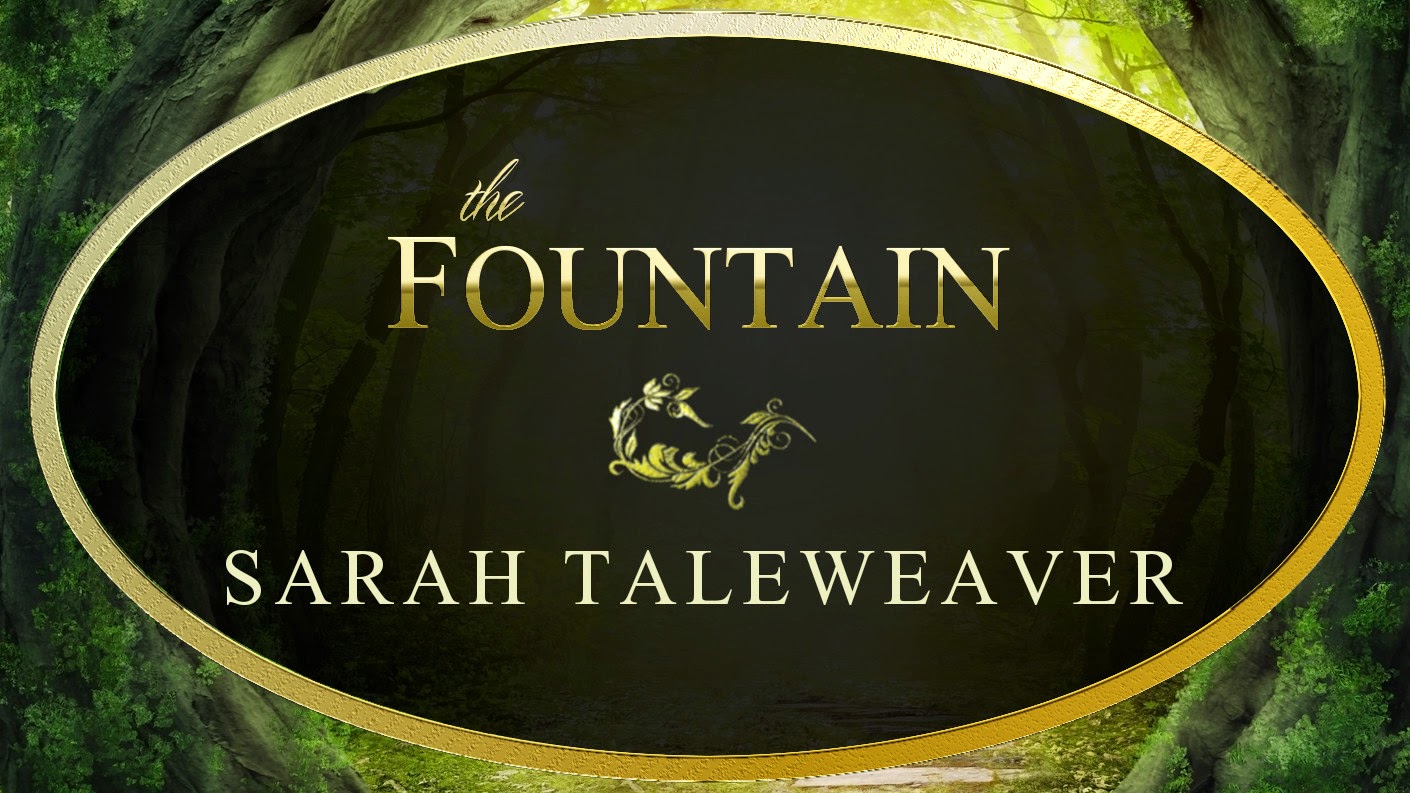 “See, old girl? What did I tell you? Your people have managed perfectly well without you to keep them out of trouble.”
Dame Imraldera sighed, looking up at the soaring towers and grand turrets of the Eldest’s House. Moonlight glinted off precious metals and gems ornamenting its walls. “I suppose you’re right, Eanrin.”
“Suppose?” Bard Eanrin put on an expression of pure indignation. “There’s no suppose about it, my dear.  I am right and you know it.”
Imraldera did not deign to comment on what she might or might not know. “You can hardly blame me for worrying, Eanrin. You know Southland’s history nearly as well as I do.”
“Yes, well, your people do have an unfortunate tendency to find themselves under the rule of Faerie lords, but Nidawi’s bridges have solved that problem quite well. All you have to worry about now is that they’ll do something foolish on their own.” Of course, if you asked Eanrin, mortals were always getting in trouble without any prompting at all from Faerie influences. Saying that, however, would do nothing at all to stop Imraldera’s fretting.
He strode on towards the gates of the House grounds. “So, now that we both see that you’ve no reason to worry, what do you say we head home? I’m sure the Haven will be-” He broke off as he realized Imraldera wasn’t with him. Turning around, he saw her staring at the fountain in front of the Eldest’s House.
It was a massive, daring structure, reaching nearly two stories tall. In white marble it depicted a maiden, body arched backwards far more than should be naturally possible. Opposite her reared a massive wolf, and one of the maiden’s arms was flung forward as if to hold off this beast.
Eanrin shook his head and returned to Imraldera’s side. As he did, she glanced towards him. “Eanrin,” she said slowly, “what would you judge this fountain is meant to depict?”
Eanrin studied the fountain several moments. The maiden portrayed there bore little resemblance to the woman at his side, though the wolf did look somewhat familiar, if exaggerated. “I believe it’s you, old girl,” he said cheerfully. “And Amarok, of course.”
“I thought so as well.” Imraldera frowned pensively. “You do agree that something seems to be . . . missing, wouldn’t you?”
Eanrin nodded without hesitation. “Certainly. Rather hard not to notice that little issue, I’d say.”
“Of course,” Imraldera went on quickly, “you have to forgive whoever made this for taking a few artistic liberties. Centuries have passed since my Time, after all. All the same, it seems somewhat disrespectful.”
“Somewhat? That’s putting it rather kindly!” Artistic liberty was all well and good, but Eanrin didn’t see how any amount of it could justify such a glaring mistake. He would never let such a flaw go uncorrected in any of his poetry. “It’s downright insulting, even for mortal art! After all, I played a rather large role in that story. Without my aid, you’d still be in the grip of the River!”
Imraldera’s forehead wrinkled. She looked from Eanrin to the fountain and back again. “Oh. I suppose that’s true as well, though you can hardly blame them for not knowing that. It’s not as if I told people what happened in the Wood. I’m sure that if they’d known, they wouldn’t have left you out.”
Eanrin gave Imraldera an injured look. “Perhaps you ought to have told people, then. So, since you weren’t referring to the artists’ leaving out one of the main players in this event, what were you speaking of?”
Imraldera looked away, but Eanrin could still smell her embarrassment, along with more than a little indignation. “I . . .” She paused. “I seem to remember wearing a bit more than that at the time.”
Eanrin glanced up at the fountain again and dismissed it with a wave of his hand. “Oh, that. No need to get worked up about it. Mortals are always doing that with their artwork. I thought you’d know that by now, old girl.”
“I do, but that doesn’t make it any less disrespectful,” Imraldera replied. “If they’re going to make fountains in my honor- which they needn’t do in the first place- I’d prefer them to not portray me like . . . that.”
Both were silent for several minutes. Imraldera’s gaze returned to the fountain. Finally, she said, “At least they remembered the most important detail.”
“What’s that, old girl?” Eanrin followed Imraldera’s gaze to the stone bird sitting on the maiden’s shoulder. “Ah. That’s true.”
“Do you think they remember what it means?” Imraldera’s voice was soft. “If you and I, who’ve seen the Prince and walk his paths, forget . . .”
“Mortals are a forgetful lot, I’ll agree.” Eanrin put a hand on Imraldera’s shoulder. “But I’d say there’s hope for them yet, as long as at least one remembers.”
“As long as he reminds the others, yes, I suppose you’re right,” Imraldera said, her eyes still fixed on the thrush.
“There’s still no suppose about it, my dear. And the Prince will look out for them, whether they remember Him or not.” Eanrin dropped his hand to his side. “Now, what do you say? Home again?”
“Yes.” Imraldera nodded and turned away from the fountain at last. “Yes, we’ll return home. The Prince will watch over Southlands.” After all, he always had. She had just forgotten until now.

That is simultaneously beautiful an hysterical. : D GREAT job, Sarah!

I love this conversation between Eanrin and Imraldera! Hilareous and very poignant. The fountain has always fascinated me, and I love the idea that Imraldera and Eanrin saw it. Terrific job.

Oh, just like them! Ha, I knew what Imraldera was REALLY talking about. :)

Thought for sure I had already posted on this. Huh. Well...
This, Sarah, I loved. Like Hannah, I knew what Imraldera meant--and I also felt like smacking Eanrin on the back of the head when he didn't get it. Silly cat...and yet at the end he had to remind Imraldera that the Prince is always looking out for Southlands. Loved that!

So funny--and yet so sweet! :) I loved Eanrin's and Imraldera's dialogue!! Good job, Sarah!!

@Allison: Thank you!
@Meredith: Well, I figured they had to see it at some point. Glad you enjoyed it!
@Jenna: Thank you very much!
@Hannah: I guessed most people would. :D I'm glad you liked it- and that you think I got them right.
@Ghost: Thank you very much! I'm curious: you knew what Imraldera meant, but did you also know what Eanrin was referring to before he said it?
@Anna: Thank you!

I think I just found on of my top 3 favorites!

Very sweet scene featuring our beloved couple (whether they know it or not!) Nice work!

@Sarah: No, I didn't--and I should have! Eanrin is such a lovably vain cat! :D

Haha I thought Imraldera meant they should have had the Prince as the Hound instead of the thrush. It was funny when I found out what she really meant.

Sarah, honey, this. Is. Adorable. So stinking adorable. The characterization was absolutely fabulous, and the plot was both super cute and incredibly funny at the same time. It was very very good!! Well done indeed! Amazing job!!