THE SONG IN THE WIND: Judy G. 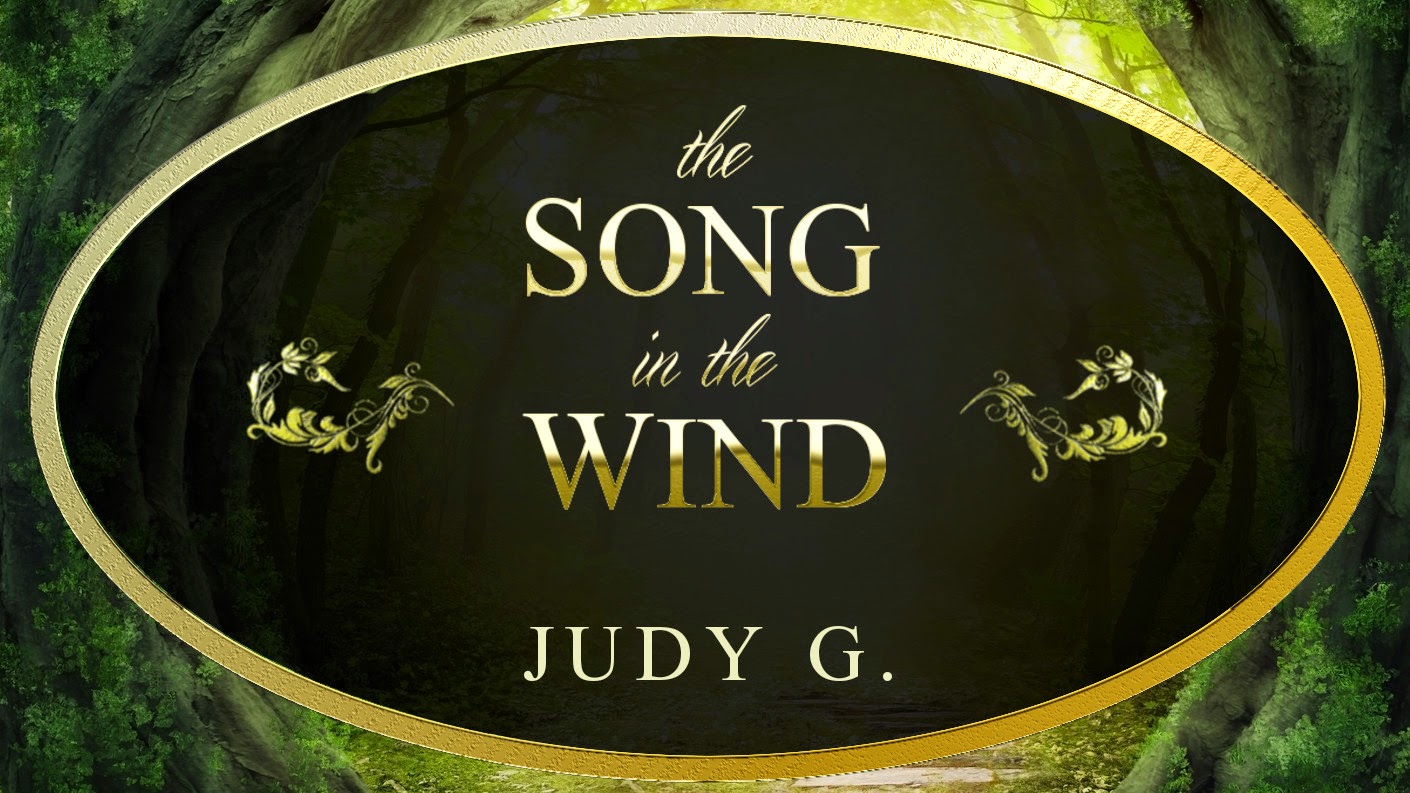 The wind was picking up when a girl heard a song.  It was clear and like fresh snow.  It said, "Come to the mountains, where magic is real."  Then it stopped.  She was silent.  It sang again and again, "Come to the mountains, come."
It didn't stop until she said, "Yes!  I will go to the mountains."
As soon as it stopped, she felt relieved.  Whew!  Well, now that it's stopped I don't have to worry about it any more.
And she went inside and happily slept the whole night.  But then in the morning, she went outside and the voice was singing again.
"Go to the mountains...."
"Okay!"  She shouted.  "I'm going now!"
The girl packed a few things, and then marched off.  She had paused for lunch when suddenly ...
"Mreowl!"
The girl turned and saw a fluffy orange cat.  The cat sat very primly, his fluffy tail stretched out behind him.  He had no eyes.
She had never seen it before, and felt a little sorry for the poor thing.  But she was on a journey.  She could not be bothered.  "Go, cat," She told it.
"Meeeow...."  The cat didn't move.
"No, you go away," Said the girl.  She shook her head.  "What am I doing talking to a cat?!?"
She pushed it away.  And then the girl picked up her things and continued on to the mountains.  She walked the rest of the day, and the cat still followed her.
"Why do you follow me, cat?"  She asked, looking at him.  She was getting annoyed.
"Meoow, you will get hurt."  Said the cat.
"What- I will not get hurt!"  The girl cried out.  She stared at the animal, shocked he had just said something.
"Yes, you will, if I don't go with you.  I've been told to protect you."
She was quiet for a minute.
"What is your name?"  She asked.
"Hmm ... I am known by many names.  My personal favorite is Bard Eanrin the Magnificant."
The girl raised her eyebrows at him, and he gave a cat sigh.
"I suppose you may call me Monster, if you wish.  And what is your name, young lass?"
"Kittenpaws," She told him.
"Ah, yes," Eanrin said.  "Almost forgot I was in Southlands.  You people do have strange names."

Kittenpaws looked around.  "What was that?" She asked.
"Never fear!"  The cat said.  He jumped into a bush to investigate.  Then ...
"Monster!"  Screamed Kittenpaws, "Help me!"
A creature came out, grabbed her up, and ran away.  Eanrin jumped at the creature, but landed in nothing.  It had already gotten away, with Kittenpaws.
"Dragon's teeth!"  He said, and was off.
He ran and ran and ran, trying to save Kittenpaws.  At last, he caught up to them.  He sprang and attacked the creature, aiming for its eyes.
"Run, girl!"  Eanrin yelled.  "Run away from it!"
Kittenpaws got away from the creature.  Eanrin bit and scratched the creature until it screamed for mercy.  The cat jumped off and sniffed it, his back arched.  Then he said, "I will let you go.  Don't mess with Sir Eanrin, Knight of Farthestshore.  I am a dangerous enemy to bother."
The creature ran off.  Eanrin was so tired from his fight he had lay down.
Kittenpaws came back.  Gently, she picked the fluffy cat up.  "Thank you," She said.
He purred.  "We must continue now."
And the song said,  "Go with him ... to the mountains."
"Okay," She said, and they did.
When they reached the mountains, Eanrin said "I must go now."
"No," Said Kittenpaws, and she stroked his fur.  She didn't want him to leave.  She liked the orange, fluffy cat.
"But you are safe here, with His magic that is good.  And I cannot go the rest of the way with you.  You have to go by yourself.  You have to climb up the mountains and follow the Path He has."
Kittenpaws nodded.  "Okay, but, Monster ... um, why don't you have eyes?"
The cat tilted his head up to her.  His whiskers quivered.
"We might meet again.  Then I will tell you, but not now.  Farewell, Maid Kittenpaws.  Go up the mountains, and listen to the wood thrush as it sings in the wind.  Cheery-bye!"
He darted into the Wood.
"Good-bye ... Bard Eanrin the Magnificant."  She whispered.  She smiled a little.
Kittenpaws turned and started up the mountain, listening for the wood thrush as she climbed.

VOTING: If you would like to vote on this or any of the other fan fiction submissions, email your top three titles to me at aestengl@gmail.com. Voting is for fans of the Goldstone Wood series only.
Posted by Anne Elisabeth Stengl at 6:14 AM

I love seeing all the different sides of Monster. Great job, Judy!

Judy, you know how great I think this is. :)

Kittenpaws! What an adorable name!

What a fun story! I really enjoyed it.

Also, I've decided that my Southlander name is Kittenpaws :)

Kittenpaws has to be one of the most adorable names ever. No lies. And I have come to the conclusion that Eanrin is secretly a sucker when it comes to children, especially little girls... ;) I loved to see how you captured the interactions between these two! It was so adorable!! Awesome job and well done!! :)