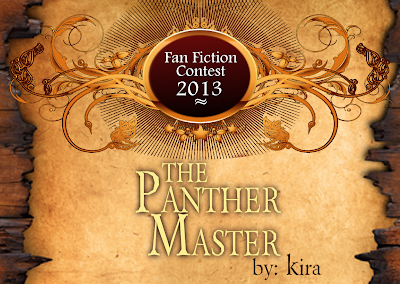 
Posted by Anne Elisabeth Stengl at 6:17 AM

This story was so mysterious and I loved not knowing who the narrator was; the description really drew me in. Loved your focus on an unnamed healer and the message that sometimes the smallest acts of kindness can have the largest impact on another's life. Great job!

Oh, my. You bbrought me to tears with this short but powerful piece. Like another commentor, I love that the narrator is nameless and that the story is in the first person. The scene where she dances with the butterflies is so mesmerizing. Thank you for this story. God bless you.

I love this! Beautifully written.

YAY! I'm so glad you found a way to keep the Panther Master alive! How wonderful! I'm so pleased to read this! Very charming!

This is a very powerful piece--this scene was always so sad, and it still is, but the unnamed protagonist keeps hope in the situation. Very well-written, as well! Great job!

Thank you for your kind comments. God bless you all.