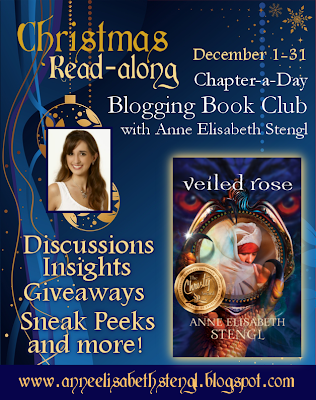 Due to how busy I am at the moment, I may take a few days to answer questions. But please, don't let that stop you from asking them! I will get to them as soon as may be, and I enjoy the chance to discuss further details about the world and stories with you.

The Black Dogs: Interestingly enough, in my original notes for these characters, they were going to be black lions. This was back in high school, and they existed only in notes and ideas. But they were definitely going to be a pair of black lions and, like the Black Dogs, they would drag souls to Death’s Realm.


About that time, I realized they could not be lions anymore, attached though I was to the Black Lion theme. So they became the Black Dogs instead.


Encountering the Black Dogs: The scene between Rose Red and the Black Dogs was yet another one that my editors did not like. They really wanted me to take out at least one of Rose Red’s encounters out . . . but I felt that three encounters was a far more literary number than two, so I insisted. I wanted her to encounter three different legends before finally reaching the Dark Water and crossing over into the Village of Dragons. So, again very graciously, my editors allowed this to slide. And I’m very glad they did, since it would have felt odd to me to introduce the Wolf Lord and the Dragonwitch, but not finish off with the Black Dogs!


They’ll not harm you: Though the wood thrush continues to assure Rose Red that she cannot be harmed so long as she holds the gift he gave her—the lantern of Asha—she cannot quite bring herself to believe him. He speaks the truth, but the nearness of these fearful Black Dogs clouds the truth so dreadfully! And, as she says, she does not know her Imaginary Friend anymore. Not as she once did. She has been straying farther and farther from him and his love, and she scarcely knows him to trust him anymore.


Indeed, it is easier to trust the Dragon. Though she knows the Dragon is a liar. But he is a familiar liar, and she though she fears him even more than she fears the Dogs, she also trusts him sooner than she trusts the wood thrush. So though the wood thrush urged her to walk forward in his light and know that she would be safe, Rose Red instead obeys the Dragon and throws the Black Dogs one of her gloves.


The Lake of Endless Blackness: So Rose Red passes by the Black Dogs and proceeds to the edge of the vast black lake, and she recognizes it at once form the games she and Leo played long ago. (Random tidbit: In Faerie language, it would be Brey-el Kron, or Dark Water. I usually just refer to it as the Dark Water when it is referenced in the series. In fact, I don’t believe I have ever referred to it by the Faerie name, and not sure that I ever will.) But Rosie knows that this is the Lake of Endless Blackness, knows it deep in her heart.


As though this evil place has been waiting to draw her in since she was but a little girl . . .


A gold stone: As she sails in the boat of sticks across the Lake of Endless Blackness, Rose Red glimpses a pure gold stone—an altar, she thinks—jutting up from the water.


With a series titled “Goldstone Wood,” you might want to tuck away the memory of that particular gold stone for future reference . . .


“So far I’ve only failed you.” This line of Rose Red’s, whispered in apology to Leo whom she is striving so hard to serve, breaks my heart. After all, she asked only one simple thing of him: that he remember her. That he think of her while he is gone.


His failure is so much greater than hers.


Rose Red sings: It’s interesting to note, I think, that Rose Red sings the same song that Una wrote in her journal back in Heartless. As though the same song is there in their hearts, waiting to be sung, waiting to be released. Rose Red does not trust her Imaginary Friend any more than Una loves Prince Aethelbald of Farthestshore . . . and yet, that song is still there inside them. A seed of truth and longing and love planted deep.


Finally for Beana! At long last, as Rose Red nears the far shore of the Lake of Endless Blackness, the wood thrush calls to Beana, and the gate opens.


Now Beana can pursue her charge. Now we will see whether or not it is too late . . .


Questions on the Text:


1. When Rose Red chooses to listen to the Dragon instead of the wood thrush, my heart just lurches. But how many times have I done the same thing? Do you find yourself relating to Rose Red and her situation? Would you care to share?


3. Any favorite lines?
Posted by Anne Elisabeth Stengl at 6:00 AM

1. I can definitely relate . . . It's so much easier to think of the worst and panic than it is to trust God.
2. I'm inclined to think it was both, in a way. The Dragon didn't want Beana there to guide Rose Red. And the Prince let the Dragon keep her out because Rose Red needed to learn to trust him.

1. Yes, can definitely relate! IT's one of the biggest challenges christians face, I think.

2. I think the Dragon likely played some sort of role, but the Prince was the main one preventing her, letting Rosie make her own way and learn through her mistakes how to trust and come to him.

3. Skeletons of other boats and even great ships littered the lake beneath her. Rose Red saw them the farther she got from the shore. The hulls, like bleached bones, shimmered with their own cold, hopeless light, very different from that in the Asha Lantern.

2. The Prince was preventing her from going in. I think he wanted Rose to come to trust him and not lean on Beana.

1. Oh, my. I find this particularly true when I'm tempted to rush into a situation. I'll have self-doubts and thoughts of inadequacy. This was particularly true when I was applying for teaching jobs and facing numerous rejections. On many days, I complained to anyone who would listen and tried to justify my complaints. People didn't want to hear it, and I was disgusted with myself, but it felt so good to gripe. And, surprise, it accomplished absolutely nothing. So, I gave in many times I'm sorry to say. My prayer life dwindled, and I was losing my desire to do anything. It was during that time that we were studying the Book of John in a Wednesday night class, and God reached out to me through His Word. I still get chills when I think of how He pointed me to John 6:35, and how He kept nudging me toward writing. But, yes, as Mr. Nathan says, it's definitely a struggle for every person seeking to walk with God. He has to help us, because we inevitably fail. Thank heavens He picks us back up.

2. Like Sarah, I think the Dragon prevented Beana from entering, but Eshkhan allowed him to do so. Rose Red needed to face the trials alone, because she needed to discover for herself whom she would trust.

2. Perhaps both. Maybe The Prince wanted to test Rose Red and see how she would respond by herself.

1. The Dragon really is the overwhelming personality! He would have you believe that the lake belongs to him, the hall belongs to him, he is a good dancer and he fills your senses!

Woodthrush, not so much. Especially when you are not in the company of your Christian brothers and sisters! Once you have a brother or a sister to remind you of the Woodthrush, often you can say to yourself "oh yeah, what was I thinking?" But trying to listen to the Woodthrush in the midst of the confusion of dragon filling your senses is pretty darn difficult. Takes practice. Takes years of thoughtful reflection to become attuned to it. Takes lots of time with your brothers and sisters reminding you so that you remember their reminders when you're in the crucible.

And yes, I have definitely fallen into traps.

2. I think sometimes the Dragon’s purposes and the Woodthrush's purposes can actually coincide for a time. Satan often does do things that prevent our friends from being there, and he means it for evil. But God means it for good (Genesis 50). In other words, the Dragon could prevent Beanna from being there for a time, but when Woodthrush wanted Beanna, she comes running as fast as James Taylor can sing it!

3. The picture that you paint when she carries the silver lantern in the presence of black dogs and red dragons who would like to eat her in a single bite is not a one-liner, but is an exquisite picture and a memorable experience reading through. Thank you!

2.I think it was the prince

3.Beyond the final water falling the songs of spheres recalling, when you find you must pursue that lonely way, wont you return to me?

1. I'm sure that we all have gone through something like this, and had to decide if we're going to trust the person who seems to be in charge of the trouble we're facing, or the person who really /is/ in charge.

2. I think that it was the Dragon who shut her out of the palace, but that if Eshkan wanted, he would have opened the door for her.

3. Very faintly, wafting through the dragon smoke, across the courtyard and out the gate against which her back was pressed, a voice reached Beana’s ear. Won’t you follow me? She was on her feet in a second just as the gates, at long last, swung open to her. “Light of Lumé!” she exclaimed. “It’s about time!”

1. Yes. Like two nights ago at a party, I knew I should stop eating the cookies, but I just kept giving in and eating more.