Making Good Use of Mythology

Today's reader question pertains to my Spring 2014 release, Shadow Hand. This reader asks: "Did you get your idea of Cren Cru from the Irish deity Crom Cruach?"

For those of you who have not read Shadow Hand, Cren Cru features as the primary villain of that tale. And . . . otherwise you probably shouldn't read this post for fear of spoilers, which would be a shame. But that is your choice!

Crom Cruach is an ancient Irish deity--an angry, gory, violent deity, propitiated by firstborn sacrifice. One of the possible interpretations of the name "Crom Cruach" is "crooked one of the mound." The deity is personified as a golden image surrounded by twelve gold figures, though one 9th century source describes the central gold figure being surrounded by twelve bronze statues. One famous story about Crom Cruach tells of a High King, Tigernmas, who died along with three quarters of the men of Ireland while worshiping Crom Cruach. 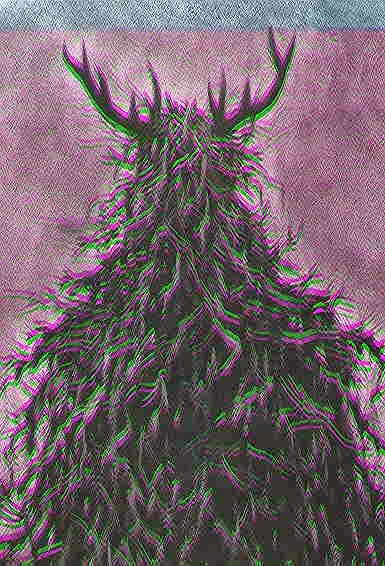 So you who have read Shadow Hand can easily see where certain ideas for  Cren Cru came from. The name "crooked one of the mound" inspired the idea of Cren Cru (a disembodied and personality-less entity) appearing in the form of a mound. The twelve figures in gold or bronze inspired the idea of twelve warriors serving Cren Cru, carrying bronze stones. The firstborn sacrifice led to Cren Cru's demand to be given the firstborn of each nation in which he appears. And, of course, the king dying while worshiping his evil god led to the idea of the twelve warriors killing one another (four at a time) as a final, devout act of worship. Even the thorn-clad appearance of Cren Cru's mound stemmed from this image I saw of Crom Cruach as the horned beast.

There, however, is where inspiration ended and imagination took over. The storyline of Meadhbh was my own invention, though she was loosely inspired by Queen Medb (also of Irish mythology). The origin of Cren Cru and his assuming of other lost souls in order to create an identity was mine, as is his lost wandering in search of a new home. The notion of "living land" is not a new one by any means, but the form Cren Cru takes as the lost soul of a nation is relatively unique.

Ultimately, Cren Cru is a splice of many ideas coming together into something new. He is an excellent example of my favorite part of writing fantasy: the reuse and re-imagining of classic mythology. Shadow Hand boasts several examples of this sort of mythological recycling, including Cren Cru and triune "goddess" Nidawi the Everblooming. Neither of these figures are exact replicas of their sources but are similar enough to make the reader sense that elusive familiarity . . . which somehow makes these characters feel both more real and more original all at the same time.

There is no genre that allows better for this kind of creativity. For this linking back through ancient history to touch fingers with the imaginative minds of the past and, in so doing, to create something new and exciting. This is what the great fantasy writers have been doing for ages--since Tolkien, since MacDonald, since Shakespeare, since Mallory, since the poet who first sang Beowulf to his enthralled audience.

This was fascinating! I did not realize Cren Cru had a mythological basis. Very neat! I have been doing a lot of research in Norse mythology for one of my Enchanted Roses submissions and have loved every minute of it. There are so many interesting stories out there that I have never, ever heard of. I see that I will need to look into some of the Irish myths as well for they sound fascinating.

That`s one thing I noted with studying Lewis and Tolkien. They had a strong interest in the mythologies.

I`m really enjoying these `character inspiration snippets`; thank you for writing them!

You know I actually began to pity Cren Cru while reading Shadow Hand, you write such great characters. I really like mythology, it's so interesting, my favourite myth is probably dragons.
Jemma

Now I'm trying to figure out how to pronounce Meadhbh.... ; )

Meadhbh sounds very Gaelic to me, and Gaelic is interesting, Allison, I don`t blame you. But isn`t it cool!

At least, that is what my research tells me. I would love to learn more!

Oh yes! Fascinating post! I might have to do some research on mythology. Where should I start?

I'm with you on that note! I was reading Shadow Hand to my grandmother this past summer, and that name really threw me for a loop! It took me forever to settle on a way to pronounce it! Even then, my pronunciation was sketchy!

What a great post! Cren Cru is such a fascinating, frightening and, to me, very empathetic villain. I see him as a lost child of sorts, for Meadhbh was the ruler of the Faerie demesne, a mother of sorts, and she forced her land to join with her in her excesses. So, it's really a horrifically dark tale of abuse and rape. Cren Cru is by no means justified for demanding the lives of children, but he?it? has been so abused himself he literally has no concept of right and wrong. Mrs. Anne Elisabeth, this is very deep stuff. Your insight is mind-boggling. The violation of the land resonates with me as well, for we ourselves aren't very kind to our earthly home, are we? Anyway, I'll stop there.

I think Cren Cru is one of the most fascinating villains I've ever encountered in a work of fiction. So neat to hear about some of the mysths that inspired that character. I've read about Crom Cruach before. So very frightening to learn about the cruelty of certain worship practices. Knowing that these practices actually occurred is terrifying. Thank you for such an interesting post.