Fast Away the Old Year Passes

It's not uncommon at the end of the year for one to have a look back and see what one managed to accomplish. Looking back on 2014, I feel a bit overwhelmed--both with the number of projects and the amount of grace allotted me to complete all of them. Here's what we saw take place . . .


At the beginning of 2014, we read many, many, many versions of "Cinderella" and selected just five winners for the Five Glass Slippers contest. We then began the process of editing, formatting, designing, and all the other little ins-and-outs of publishing that volume. 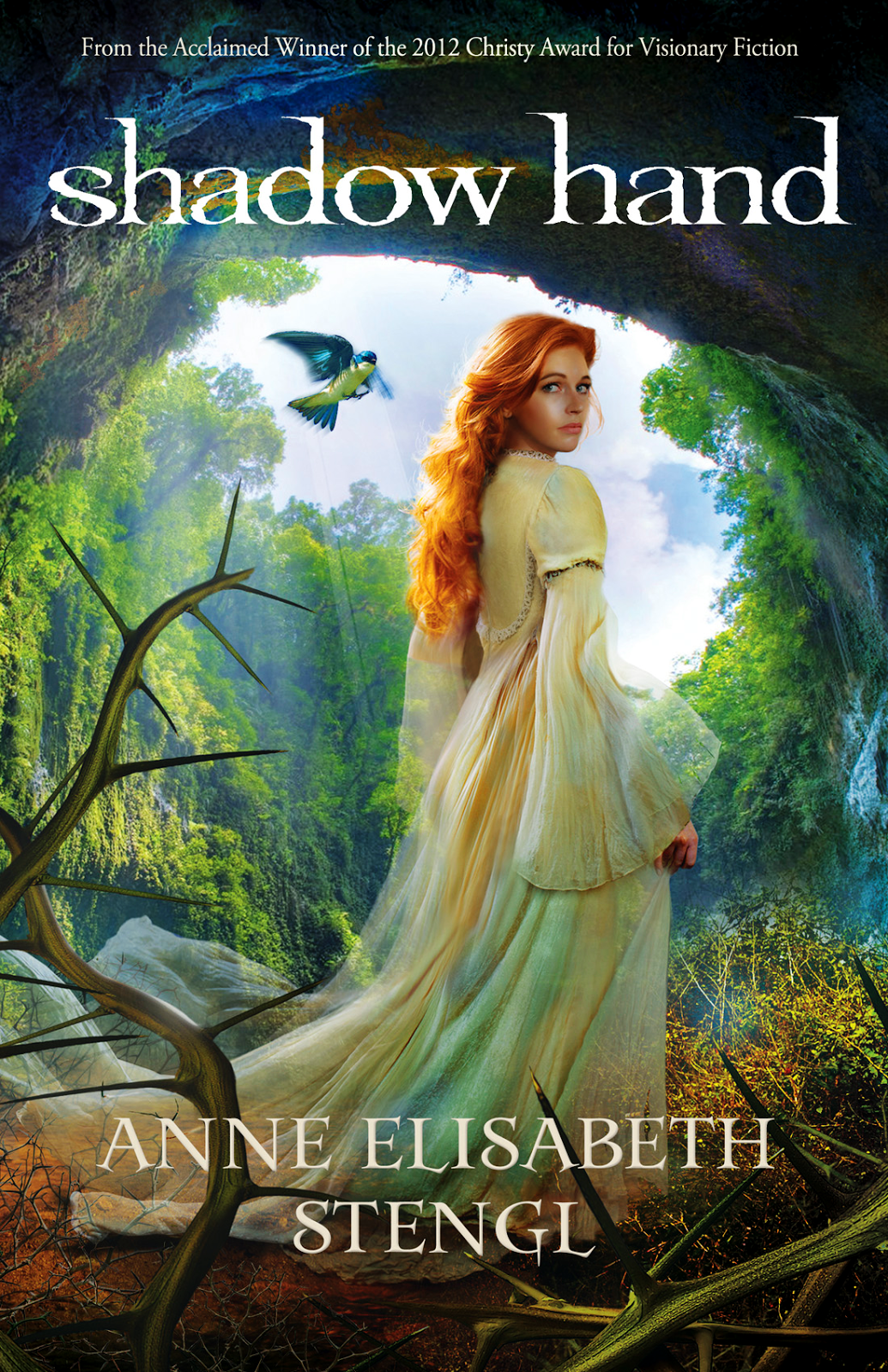 I wrote Draven's Light through February and March, at the time hoping to release it that summer, though that plan changed. Still, the book was written!

Shadow Hand launched in early spring. I sometimes forget that  since it wasn't a Rooglewood Press production, but that launch was an important moment of 2014 as well. A significant story in the Goldstone Wood series, initiating some interesting plot lines and resolving others . . .  A book I am proud to have written.

Around that time, I also got struck with inspiration for the Super Secret Project and decided to put off drafting Poison Crown for a little longer in order to explore that new idea. 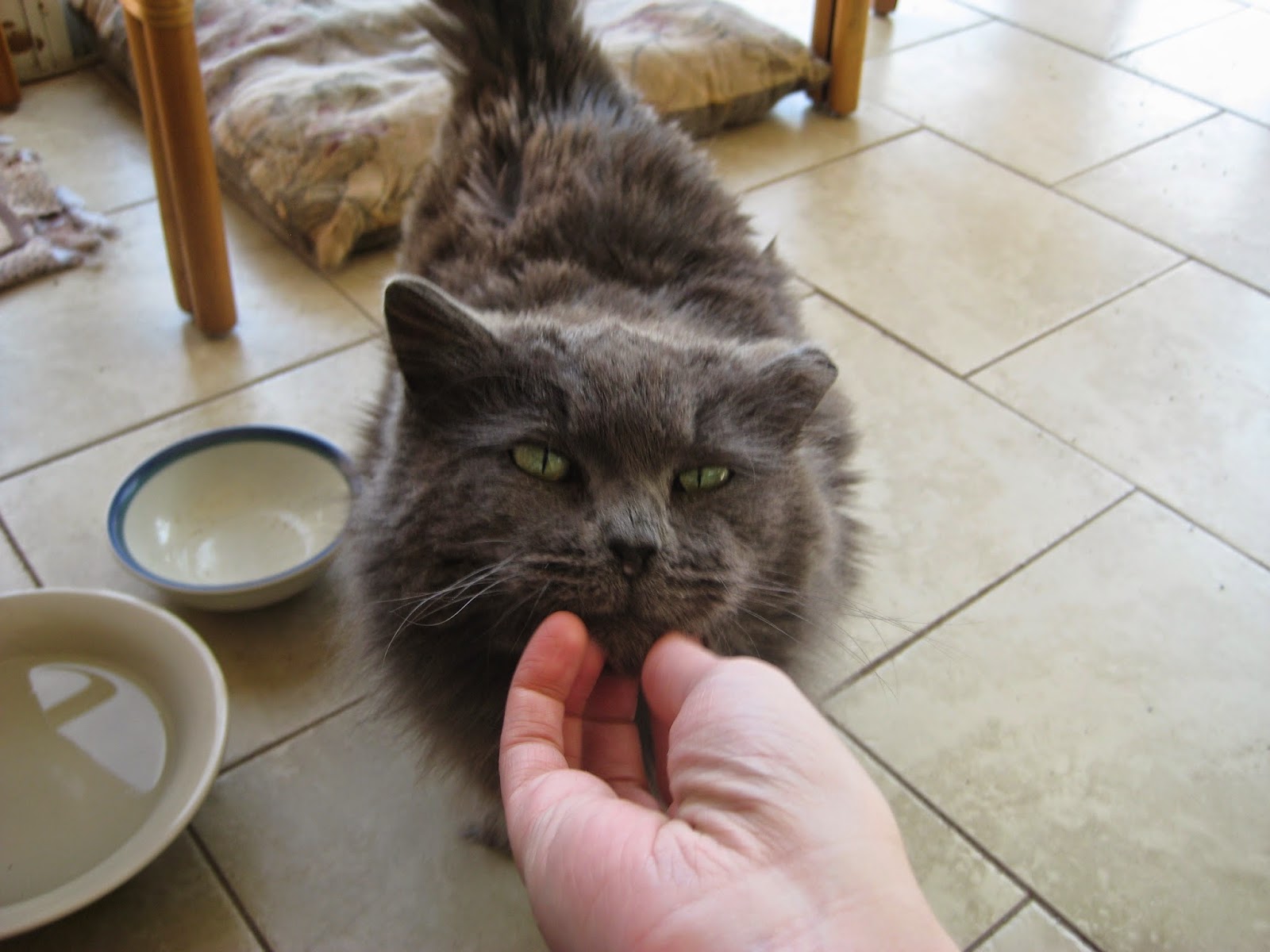 Let's not forget that I brought Mutti, the feral rescue kitty, into the house around this time and began the long process of adjusting her to housecat life. She's curled up next to me on the couch right now, purring and occasionally giving my hand a loving gnaw. Sweet Mutti-Bear . . . . (For those of you who don't know, Mutti is pronounced "Mooo-tea." It's the German word for "Mama." Since she was a mother many times over before I finally caught her, we thought it was appropriate. She looks like a fluffy teddy bear, so she gets called Mutti-Bear most of the time.) 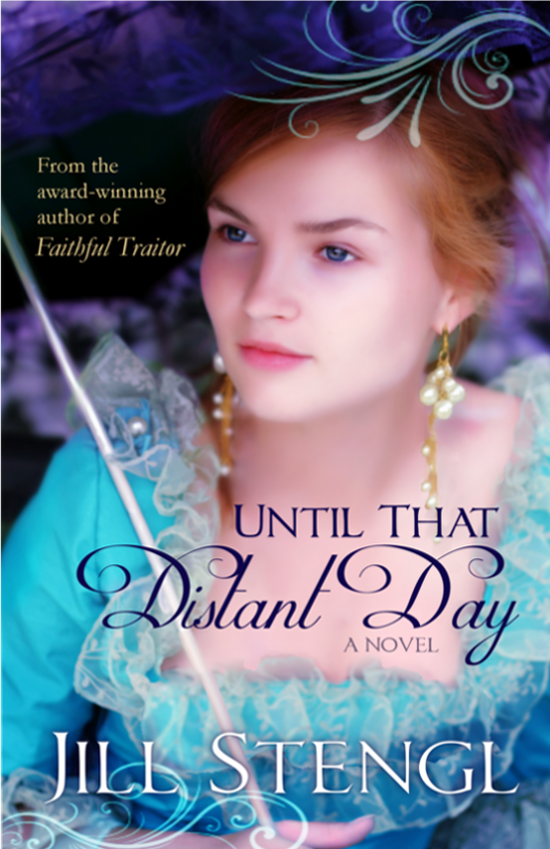 After several months of creative labor, my mother and I launched Until That Distant Day to the reading public! And I don't know that I could be more proud of that book if I had written it myself. The first major Rooglewood Press publication (Goddess Tithe was quite short, after all), and a truly wonderful story. 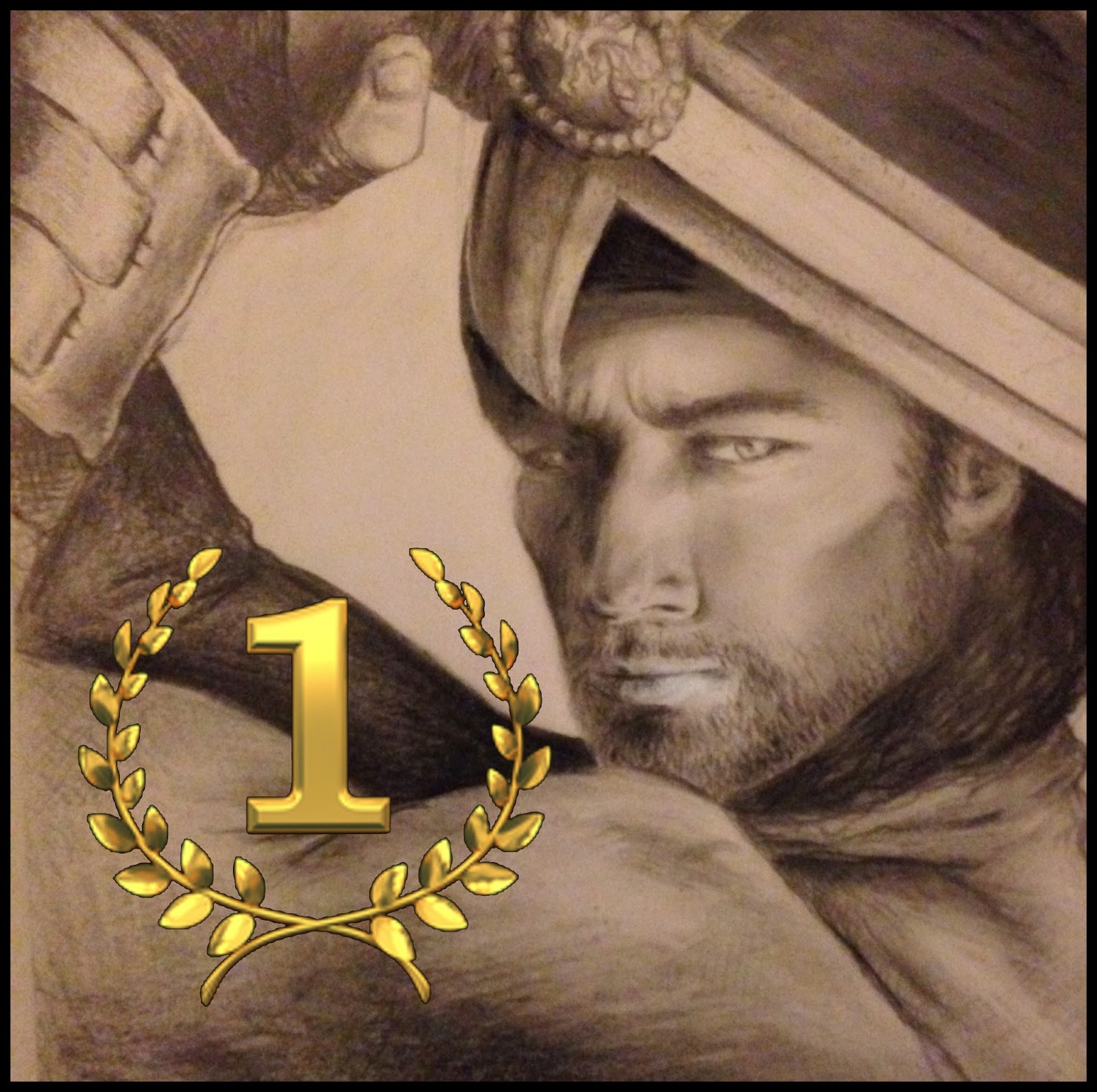 We hosted the BIGGEST EVER Goldstone Wood Fan Art Contest. That was enormous and ridiculously fun! So much talent featured, it makes me dizzy to remember.

Working with my Rooglewood Press team, we fine-tuned details and rules for the second Fairy Tale Collection contest. We also did a photo-shoot and worked with the wonderful Julia Popova to create a gorgeous, original cover image . . . one of the prettiest covers I have ever seen in my life. And we officially launched the Five Enchanted Roses contest. Another great push saw Five Glass Slippers land on the market to great reviews and astonishing success. What a wonderful team of writers, editors, producers . . . and influencers! Huge thanks to every single one of you who made that launch so wonderful.

Oh, and we had the first ever Goldstone Wood Fan Music Contest. How much fun was that? So much creativity and talent on display.

And the Music Contest resulted in a beautiful animatic, courtesy of Melanie J. Morgan, Brittney Kenady, and Camryn Lockhart!

I finished up writing the Super Secret Project, which might be my favorite story I've ever written. Certainly featuring some of my favorite characters. I look forward to sharing more about that story with all of you in time. 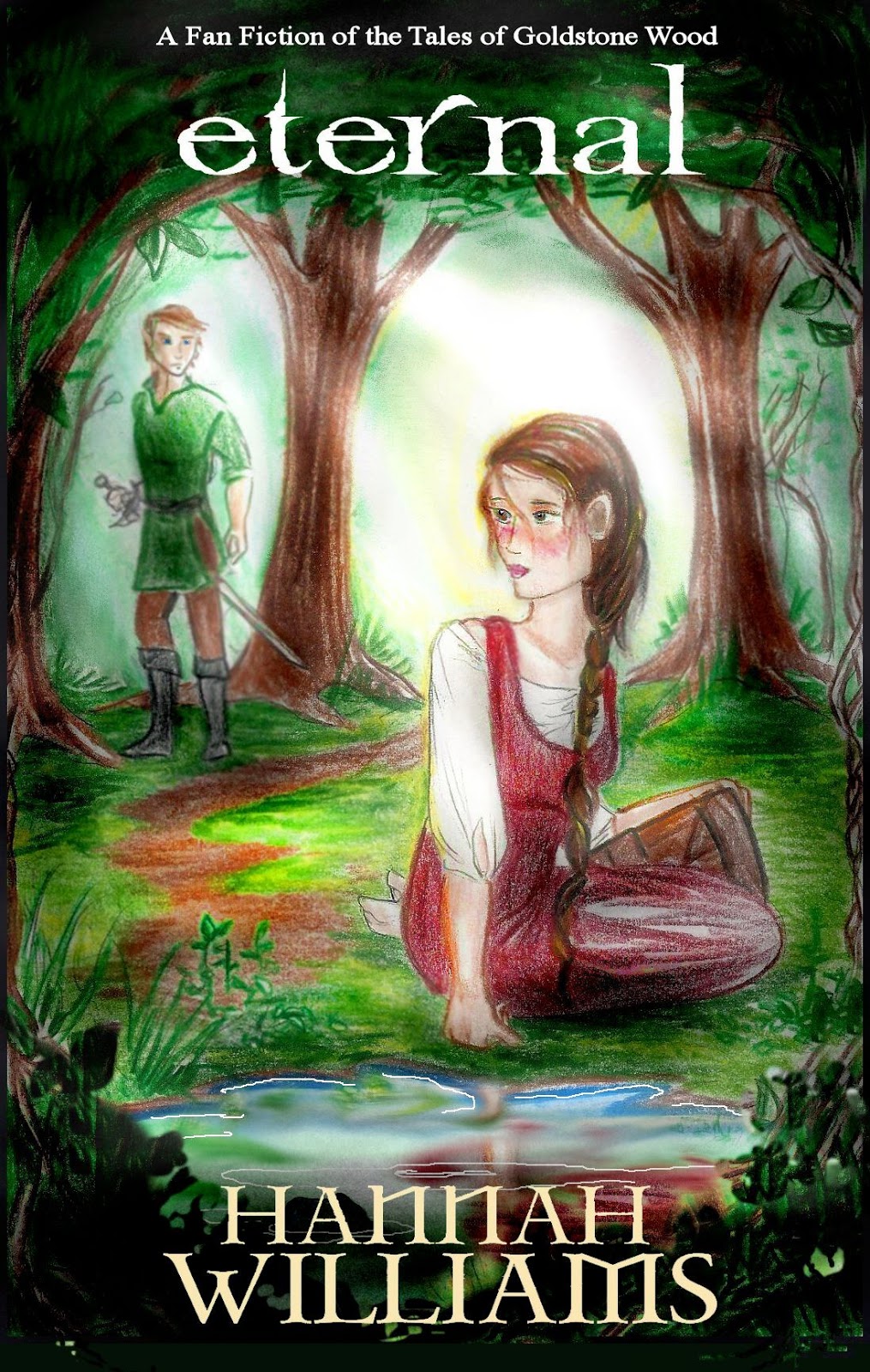 We hosted a wonderful Fan Fiction Contest, featuring so many fantastic young writers, many of them new contestants.

We auditioned and began working with Becky Doughty for the audio version of Five Glass Slippers . . . the first ever Rooglewood Press audiobook, an exciting development in this business. 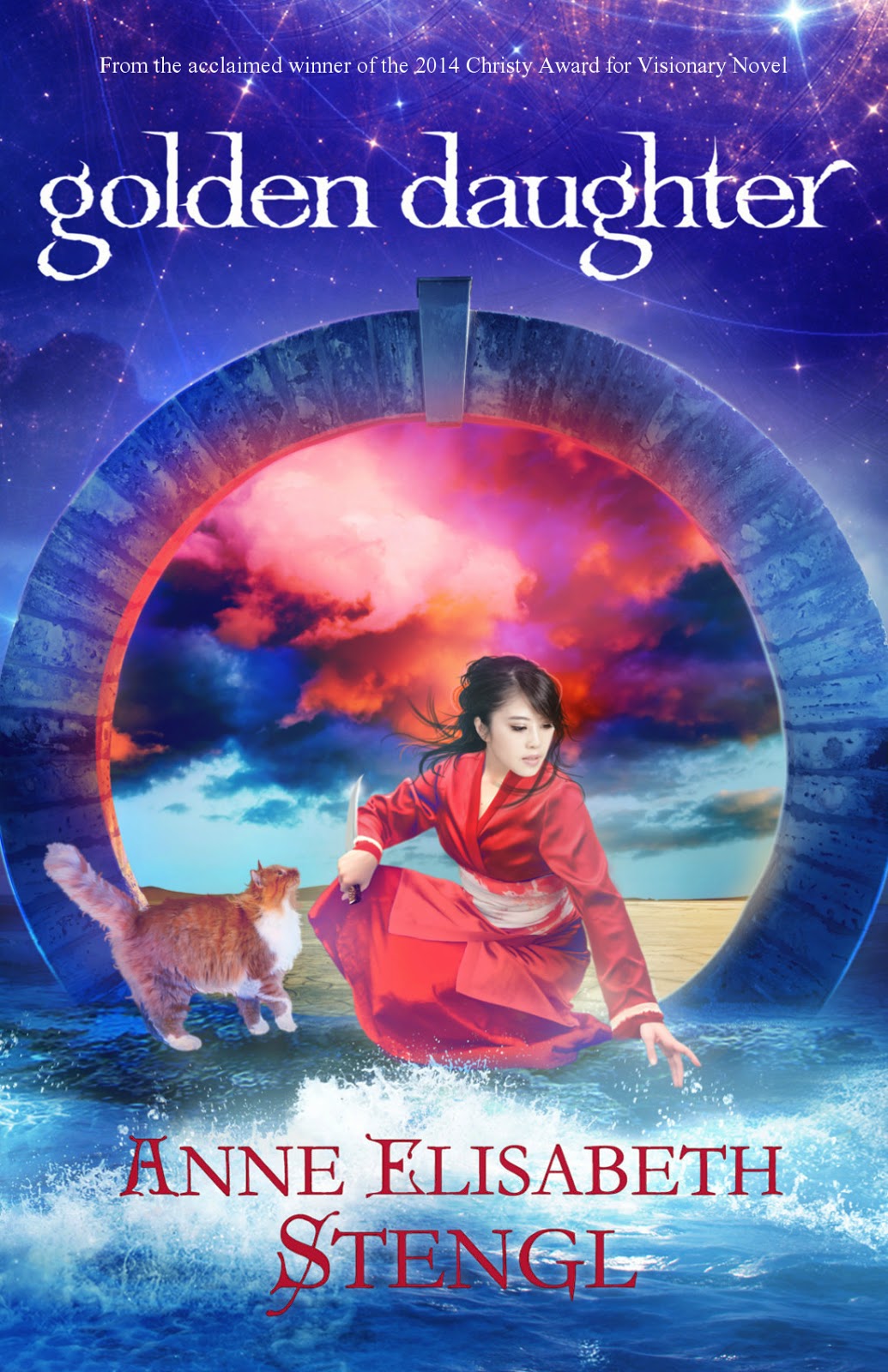 Of course, during all of this, I was working tremendously hard with the Rooglewood Press team to get Golden Daughter ready for launch. And finally, in early November, we sent that book out to our reading public. Huzzah!

We moved. Somewhere in the midst of all these projects, my husband and I packed up our beloved first home of Rooglewood and moved to our new country abode of Drakenheath.

And now, I find myself at the end of the year with a very, very, very, very, very, very rough draft of Poison Crown under my belt and part of a much smoother second draft under construction. We look forward together to an exciting and slightly intimidating year, full of changes and enormous aspirations. (More on those tomorrow!) But looking back on this last year, seeing how much we accomplished--me, my husband, my mother, the Rooglewood Press team, and all of you Imps too!--I feel confident that 2015 is going to be even better.

Happy New Years Eve, dear Imps! I love and appreciate all of you more than I can say.
Posted by Anne Elisabeth Stengl at 6:00 AM

Wow, what a year! I just finished Heartless, and it was so good! Definitely one of my favorite books of the year. I used to be quite averse to modern fantasy and I only like reading more classical fantasy like LOTR, The Hobbit and The Chronicles of Narnia. Now I can't wait to read the rest of the Goldstone Wood series. I also can't wait to hear about your Super Secret Project.

Absolutely amazing, Mrs. Anne Elisabeth! God has given you so many incredible opportunities, and I'm so thrilled for you, Mrs. Jill, Mr. Rohan and the entire Rooglewood Press team. You all work so hard. Thanks as well for the many opportunities for all of us, be it visual art, music, writing opportunities or any number of creative outlets. I can honestly say that your blog is the best place I've foundd to just let myself go. People are so encouraging, and it means so very much. Because of the encouragement I've found here, my own writing has changed over this year. I found the courage to utilize your editing service, and the invaluable and candid advice has made me examine my writing in ways I never thought possible. It's been a humbling and very rewarding experience. So, thanks again.

Thank you as well for the audio version of Five Glass Slippers, the marvelous Shadow Hand, and the other books you've worked on this year. Oh, this waiting for Golden Daughter and Until that Distant Day is driving me bonkers! But, just as Five Glass Slippers was so phenomenal, I know those books are, too. I will wait. Patience is a virtue!

And, that super secret project! Oh, the suspense! So exciting.

What a wonderful year! So many accomplishments! It's been a blessing to be a part of it between all the contests and posts and books. :)

You're driving me bonkers with this Super Secret Project thing. I have no idea what to think of it. No idea at all!

It's good to hear that 2014 was such a productive year.

What a beautiful cat! Solid grey cats are my favorite. I've had two of them that were very special in my life.

This has been a challenging year for me in many ways, but I consider one of the special blessings of this year the fact that I discovered your books. I must confess that I actually purchased "Heartless" a while ago, before this year, I'm sure after having it highly recommended somewhere. Unfortunately, because I live outside the U.S. (I live in Kenya) I had to initially get it in an e-format. And unfortunately, I don't think I will ever be a big fan of reading books electronically. So it took me quite a long time to get into the book for several reasons. I also confess that I'm not a big fan of the name "Una". My husband is Romanian and "una" is simply the less-than-exciting feminine word for "a" in his language and it's not a word that I find pretty. But eventually I picked the book up again and determined that since I'd bought it I might as well finish it. And so I did and I'm so very glad I did. And I even learned to love Una, though at the same time I didn't really like her because she was a bit too much like me.

Then I went on to read all the rest of the books and I must say it was nice discovering them so late because I was able to read them all in a row without long waits between them -- other than waiting for "Golden Daughter". Each book just got better and better. And then I found your blog and it made the books even more meaningful to find all your commentary about them. I wish there were more of my favorite authors that enabled me to learn about their books in this way. (Of course most of my favorite authors wrote long before the time of blogs -- but I can dream!)

I have introduced my daughter to your series and she enjoyed the first ones very much (especially Eanrin -- we are very much a cat family). But she is quite young for her age of fourteen so I think she is not quite emotionally ready for the later books. She didn't get very far into the series. Which just means she has a future treat in store for her. And I hope to introduce my son to them as well -- I know he will enjoy "Heartless" at least. I hope that sometime soon I will read "Heartless" to them and then read through your commentary after each chapter and we can discuss what you wrote and they can identify their favorite lines from each chapter. I think that would be fun!

Thank you so much for sharing the talent God has given you with others. There are so many lines in many of the books that have really touched my heart. I look forward both to re-reading them and also to enjoying your future works. May 2015 be a fantastic year for you and your family.

Your year certainly was packed, I don't think I could have done what you did!
Happy New Year everyone!
Jemma

You, Rohan, your mum, and the Rooglewood Press team accomplished so very much this year. I loved all four books released, and I'm looking forward to Poison Crown and the super secret project! The encouragement, knowledge, and creative outlet you graciously share with all the imps makes your blog one of my favorite places to visit. Miss Meredith already said it so very beautifully. I thank God for all of you, and pray continued blessings throughout 2015.

Thanks for the link to the animatic. I love it - it's like a scene from a Disney movie! Awesome job, Melanie J.!