I is for Imraldera

Oh, dear. I got so distracted by all the wonderful Fan Fiction, I almost forgot to continue this A-Z series on Moonblood! But I'm back now, and with one of the fan-favorite characters: The lovely Lady of the Haven, Dame Imraldera.

We had met her once before, of course, in Heartless, when she tended to Prince Felix's wounds. She was described there like so:

The woman . . . stepped through a leafy curtain, bearing a silver tray that held a tiny silver bowl and a thin silver pitcher. She wore a long lavender tunic and billowy trousers of light green beneath, after an old and foreign style that Felix had never before seen. A filmy scarf draped over her hair, which was black, and her eyes were blacker still. As she came closer, Felix frowned. At first he had thought her not much older than Una, but now he  guessed that she must surely be far older, though her dark features were smooth and soft like a girls. (Heartless, p. 266)

Imraldera is not a Faerie. But neither is she a mortal, as Felix swiftly learns. She is the Lady of the Haven, servant of the Prince of Farthestshore. And she has a history, hinted at in the pages of Heartless.

"And the Prince is my master, yes. but he is more than that to me. He rescued me from . . . from an evil such as I will not describe to you here and now." A dark expression passed across her face as she remembered, but she shook it aside. "He rescued me, and now I call him my brother as well as my lord." (Heartless, p. 268) 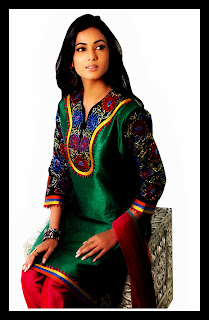 But Imraldera remains for the most part a mystery through the course of Heartless. It isn't until Moonblood that we begin to learn a little more of her. She keeps a library, a vast and eclectic library in the Haven, where she records the histories of many worlds and prophesies of worlds to come. She and her library have both gone down in legend and myth, even in the mortal world.
But there is far more to Dame Imraldera. Indeed, when Lionheart first encounters her, he is shocked. "Silent lady!" he calls her.
"Why do you call me that?" Imraldera responds.
He cannot say why. But somehow, Lionheart recognizes her at once. He recognizes Maid Starflower, the Silent Lady, from the most famous of all Southlands' legends: the story of Starflower and the Wolf Lord. There have been statues built in her honor, including a great fountain that once stood in the main courtyard of the Eldest's House. Her likeness (and that of her great foe) has graced more paintings and murals and decorative reliefs than any other in history!
So at one glance, Lionheart recognizes her.
. . . her face, while the features were unlike any he had ever seen portrayed, was unmistakable. "You are the Panther Master's daughter, aren't you? Maid Starflower, the Silent Lady?"
But she responds only, "I am called Imraldera . . . and I am not silent." (Moonblood, p. 222)
This is fiction, however. So we know there is a whole lot more going on here than Lionheart comprehends! We know there was some connection between her and the phantom youth Lionheart encountered in the Wood Between.
It came like smoke through the fir trees, seemed to solidify into the semblance of a young man, then returned to smoke, drifting over the moss-grown ground. Lionheart did not breathe as it drew near him, could not move a muscle. Yet the smoke or youth, whatever it was, became aware of him suddenly and wafted toward him. Hazy tendrils reached out like pleading hands, and Lionheart heard a voice.
"At last, you've heard my cries. Brother!" The accent was thick and ancient, making brother sound like brether. "Take this, my cord's frayed end." The smoke wrapped about Lionheart's fingers, and he thought he felt something pressed into his grasp. "Take it to the Panther Master's folk and be sure you fasten it to the stake."
As though some wind that Lionheart could not feel  had caught it, the cloud was dragged away. But the voice lingered, crying, "Bear word of me to the Starflower! Tell her I will yet slay a beast!" (Moonblood, p. 125)
And Lionheart did as the wraith said, giving Dame Imraldera the beads on a cord which the phantom youth pressed into his hand. Dame Imraldera, however, never did acknowledge either her identity or her ownership of those beads.
But she did keep them.
We all, of course, know the far more interesting little exchange pertaining to that phantom, those beads, and Dame Imraldera. For Lionheart was not the only one to encounter that wraith. No, indeed . . . blind Poet Eanrin was there, and he heard the whole exchange. Afterwards, he spoke to Lionheart briefly explaining to him who the phantom might have been.
"You know the custom, don’t' you?" said the cat, sitting once more at his feet.
Lionheart knew. "The rite of passage into manhood. In bygone days, boys would climb down to the Wilderlands and not return until they'd killed a beast. Most often a bird or a squirrel. But some would bring back creatures more fantastic. Creatures which, they say, turned to stone, then to dust when daylight struck them."
The cat nodded. "They never entered the Wood without first tying a long cord about one wrist, the other end to a stake. The village remained by the stake as the boy entered the Wood, and they pulled the cord occasionally to remind him of his own time, his own place . . . But sometimes, the cord would break." (p. 126)
Later on, when Imraldera and Eanrin sit together by Lionheart's sickbed, Imraldera asks Eanrin if they met anyone in the Wood . . . only to find Eanrin hesitant to tell her. Later still, Lionheart, giving her bead tells her:
"We . . . I . . . Eanrin and I met someone in the Wood. He said to tell Starflower that he would yet slay a beast."
"Is that so?" Her face was quiet. She whispered, more to herself than to Lionheart, "Is that, I wonder, what he did not wish to tell me?" (p. 222)
So much mystery! And so much unresolved drama. But, sadly, the uncovering of those mysteries is not the course of Moonblood's tale, so you will, dear reader, will have to wait a little . . .
In the meanwhile, I will say that Dame Imraldera is one of my very favorite characters, not only in Moonblod, but in the series as a whole. She is a character about whom I've been writing since high school. And, indeed, she had a brief feature in a short story I wrote for a college creative writing class, back in my sophomore year! So I'm very attached.
And looking forward SO much to sharing more about her in upcoming novels!
So what are your thoughts on Dame Imraldera? Anything you find particularly intriguing? A very different lady knight than our beloved Beana; more earnest, but no less brave!
Posted by Anne Elisabeth Stengl at 6:00 AM

I want to see her again so much.

I love the character of compassionate Imraldera, and I'm simply to dying to get all those mystries solved, and to hear more about her and Eanrin!