Yeah. There's no Z in Veiled Rose either. So, feeling both Zany and Zealous about finishing off this A-Z with a Zam, I am going to tell you five things I learned about the noble Zebra! Just because.

1. Did you know there are three different species of zebra? 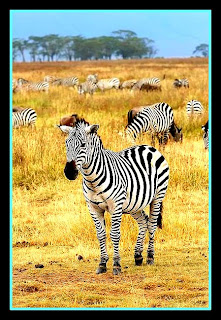 I didn't! But there are. First, there is the Plains Zebra. This cute little horse-like fellow can be found from southern Ethiopia to Angola! He is smaller than his two cousin zebra, is a little thicker, with short, stubby legs. 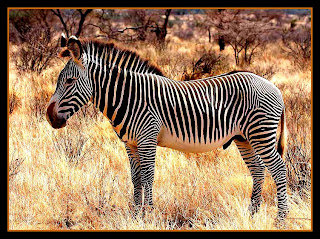 /The next is Grévy's Zebra. He's the biggest of the bunch, and also the largest living wild equid (horse-like animal). He's a little more donkey-like in appearance than his two cousins. His is dark-brown and white rather than black and white. 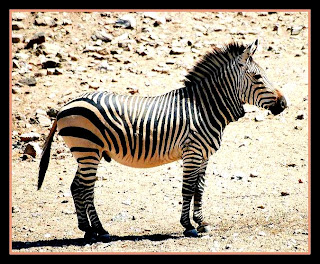 The third is the Mountain Zebra. These fellows differ from their cousins in that they have un-striped bellies!

2. Did you know that, for all they look so similar, no two zebras are striped exactly alike? Look at these fellows, all Plains Zebra! They're like snowflakes. Except more horsey. And striped. Supposedly an individual zebra can recognize another zebra pal by his/her striping patterns. 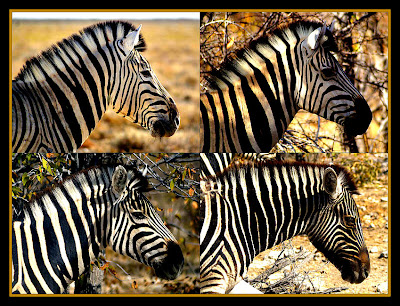 3. Did you know that a zebra's base color is the black and it's the white that is the addition? I always assumed they were white with black stripes, but it turns out, they're black with white stripes! Who knew? 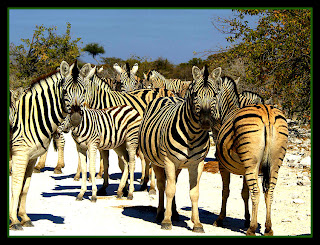 4. Did you know that a zebra herd is called a harem? These include a dominant zebra stallion and all his ladies. The mares have a hierarchy as well, with an alpha female who is the Boss Lady and who gets to breed with the stallion first. There can also be herds of "bachelor" zebras, between 2-15 in a group, led by one dominant young stallion before he's collected a harem. Grévy's Zebra is the only type not to keep a harem.


5. Did you know that many attempts have been made to tame zebras for riding? 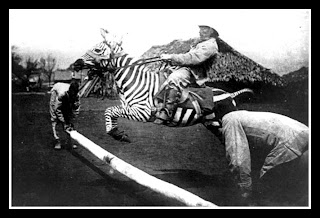 They would be especially handy as riding animals since they are resistant to African diseases that regular horses suffer from. But zebras are not naturally inclined toward domestication, so most of these attempts have been failures (though the Romans used to use Grévy's Zebra for circuses!). 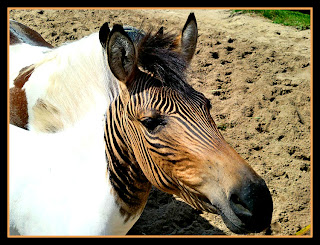 Zebroids have been bred, crosses between zebras and horses or donkeys. Isn't this one cute?


And, for all zebras aren't easily domesticated, Lord Rothschild was famous for driving a zebra-drawn carriage through London! 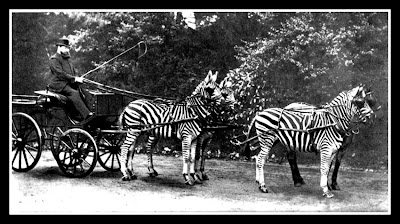 Now THAT'S some style.
So there you have it. Zebras, people. They're cool.

And I have now finished my A-Z blog serious (mostly) about Veiled Rose. It's been fun! Stay tuned for my upcoming Famous Fairies in Fiction series, coming soon to the Tales of Goldstone Wood blog!
Posted by Anne Elisabeth Stengl at 1:56 PM

Thanks for the info on zebras! There's a lot of stuff I didn't know about them that now I do.

I want a zebra-drawn carriage!
And a zebroid! (they could have called it something more attractive, though. That sounds like some old horror movie. "Attack of the Zebroids!" :)

Hi, Anne Elisabeth. I have just "Tagged" you in a game of blogger tag. To participate, please visit my blog to see the rules. It's fun!
http://need2read9.blogspot.com/

PS, the zebras are so cute!

My brother's favorite animal is the zebra!
Say, will you be making another book about Rose Red (Varvare) and Lionheart? Other than Moonblood?
P.s love the books

@AC: I sure will! I am actually writing a book that comes directly after MOONBLOOD right now. You'll have to wait through STARFLOWER and Book 5 (untitled), though I hope you will enjoy those too. But come Book 6, we'll be picking right where MOONBLOOD left off with Lionheart taking leave of Varvare and going back to Southlands as the Prince of Farthestshore sent him . . .

These stories are far from over, even Lionheart and Rose Red's! :)

Glad everyone liked the zebras. I learned a lot about them while writing this post! Random, but interesting, right?

Sorry, I forgot to put the questions for you to answer on my blog. I'm writing them now :)