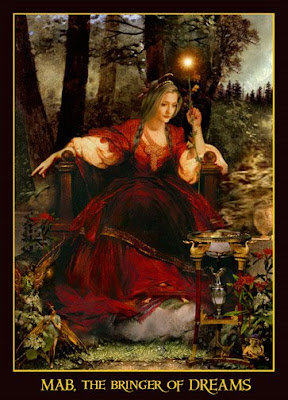 'I am the Fairy Mab: to me 'tis given
The wonders of the human world to keep;
The secrets of the immeasurable past,
In the unfailing consciences of men,
Those stern, unflattering chroniclers . . .'

Queen Mab is, according to some, the wife of Oberon, king of the faeries. Those of you who have read Shakespeare's A Midsummer Night's Dream will know, of course, that the more-famous Titania has that distinction. However, Mab, the queen of dreams, actually made her literary debut before Titania in Shakespeare's other masterpiece, Romeo and Juliette.

"O, then, I see Queen Mab hath been with you.
She is the fairies’ midwife, and she comes
In shape no bigger than an agate-stone
On the fore-finger of an alderman,
Drawn with a team of little atomies
Athwart men's noses as they lie asleep;
Her wagon-spokes made of long spinners’ legs,
The cover of the wings of grasshoppers,
The traces of the smallest spider's web,
The collars of the moonshine's wat'ry beams,
Her whip of cricket's bone; the lash of film;
Her waggoner a small grey-coated gnat,
Not half so big as a round little worm
Pricked from the lazy finger of a maid:
Her chariot is an empty hazelnut
Made by the joiner squirrel or old grub,
Time out o’ mind the fairies’ coachmakers."

— Mercutio in Romeo and Juliet, Act I, scene IV

Mab is, we learn through the course of Mercutio's speech,  a giver of dreams, specifically, dream-fulfillment. She drives her tiny chariot right into the noses of sleeping mortals and grants them visions of their dreams come true. 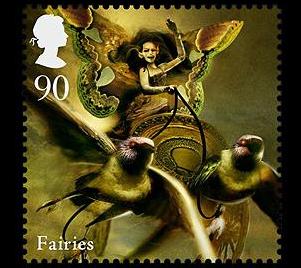 She is called the "fairy midwife" because it is she who "gives birth to dreams." But she is also a terrible creature, a fearful spirit of the night, who plagues lady's lips with blisters as they watch their dreams unfold. Is she good? Is she bad? Or does she simply give mortals what they desire?

After her literary debut in Romeo and Juliette, Mab went on to feature in several prominent works, mostly poetry. One of the most famous is Percy Shelly's epic poem Queen Mab: A Philosophical Poem; With Notes. In this story, Mab detaches the spirit of the sleeping maid, Ianthe, from her body. 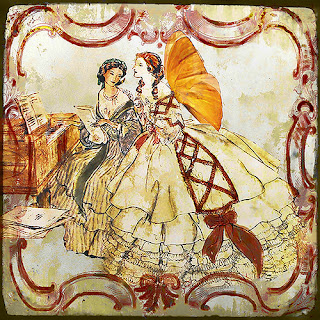 On a fabulous (and, according to the title, philosophical) journey, Mab gives Ianthe a tour of her palace on the edge of the universe. 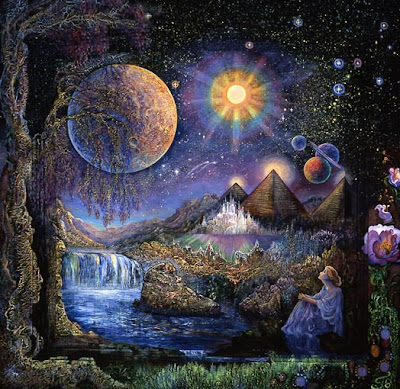 Mab gives Ianthe visions of the past, the present, and the future, telling her that Death is not to be feared, and the perfectibility is possible.

Meanwhile, while Ianthe sleeps, Henry waits to kiss her, and never does. 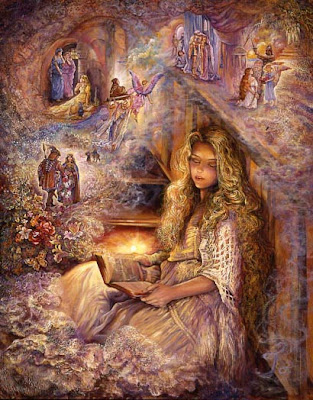 Mab is a fascinating and terrifying character to me. Not to mention inspiring! Readers of my stories will recognize many familiar themes carrying over from the legends of Mab--the fulfillment of dreams, the pleading of Death's cause, the seductive lure of promised perfections.

Mab has found her way into pop culture. I first encountered in the 1998 TV movie Merlin (not my favorite), where she is portrayed as a sociopathic nature goddess. 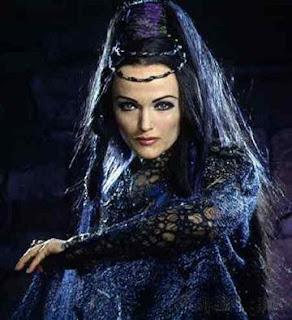 She has found a more glorified reference in Charles Gounod's opera, Romeo and Juliette, in this charming little number.

She is quite a busy little fairy, despite her diminutive size! It would take me far too long to recount all her appearances through fiction. Instead, let me leave you now with this: 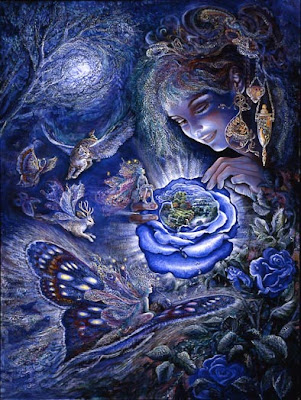 Hence Oberon him sport to make,
Their rest when weary mortals take,
And none but only fairies wake,
Descendeth for his pleasure ;
And Mab, his merry Queen, by night
Bestrides young folks that lie upright
(In elder times, the mare that hight),
Which plagues them out of measure.
Michael Drayton's "Nymphidia" (1627)
Posted by Anne Elisabeth Stengl at 10:18 AM

You know, I actually confused Mab and Titania for a moment...
The pictures you included are gorgeous! Where did you find them?

Many of the pieces in this post are done by UK artist Josephine Wall, whose work I really enjoy. :)

Hmm...This Mab sounds a bit like the Silent Lady from your stories (although I think that your Silent Lady is a bit more menacing then Mab). The heavy eyeliner Mab sort of resembles someone in the Adams family (I forgot her name). Kinda freaky lookin-as if she was getting ready for Holloween. But I have to agree that the other pictures included are stunning.

Josephine Wall's artwork is so lovely! Thanks for sharing this site with me!!