Last week, Jill Eileen Smith tagged me on her blog, so if you found me via her site, welcome! Glad to have you here. I've decided to talk to you about my new release coming out this summer, so if you are curious, here's a little bit about that story.


The Next Big Thing: 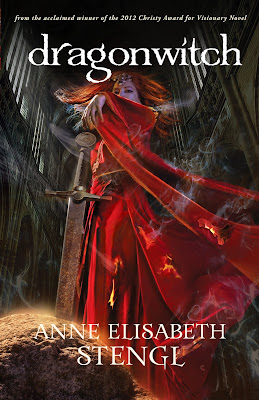 What is the working title of your book?
The title of my upcoming release in the Tales of Goldstone Wood is Dragonwitch.
Where did the idea come from for the book?
Wow, that's hard to say. The ideas were brewing for quite a few years before I finally wrote this novel! Actually, it started out as two separate stories, one focused on the Dragonwitch and her story, the other focused on a character I called "the Smallman King" and his fight with an evil ogre that was reminiscent of David and Goliath. I wrote the original stories in the style of legends, and they were referenced in the novels and novellas I worked on through high school. But later I realized that they were really one story, intricately joined.
The character who really brought them together, though, was Mouse. That character sprang out nowhere in the summer of 2010 while I was deeply involved in writing a completely different novel. But once Mouse came to mind, the rest of Dragonwitch began to fall into place, becoming the story that you will be reading in another few months!
What genre does your book fall under?
This novel, like all my novels, is a fairy tale fantasy, aimed at the YA audience.
Which actors would you choose to play your characters in a movie rendition? 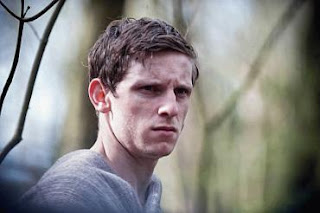 I would cast Jamie Bell as Alistair, the young heir to Gaheris House. 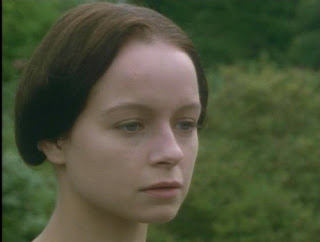 I think a young Samantha Morton would make an excellent Lady Leta of Aiven, Alistair's betrothed.
For the other characters . . . well, they would be a lot harder to cast! But Eanrin would still be played by Jude Law, and Imraldera by Shay Mitchell. 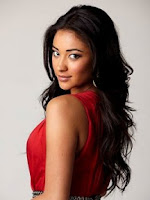 What is the one-sentence synopsis of your book?
When a terrifying evil breaks through a death-house gate and sets upon the North Country, three unlikely heroes set out on an impossible quest to bring nursery rhymes to life . . . but in so doing, they must enter the realm of the Dragonwitch.
Will your book be self-published or represented by an agency?
This novel is represented by Books & Such Literary Agency and will be published this summer by Bethany House Publishers.
How long did it take you to write the first draft of your manuscript?
Let's see, I started writing it in July 2011, I think, and finished the first draft in January 2012. It seemed like a whole lot longer, however! That book was a very difficult one to write.
What other books would you compare this story to within your genre?
My stories are similar to Robin McKinley's wonderful retold fairy tales, such as Beauty or Rose Daughter. But my fairy tales are original, rather than retellings, so in that they differ.
Who or What inspired you to write this book?
The Dragonwitch herself made me want to write this book. I have been toying around with her as a character since I was sixteen years old. Then she had a dominant role in my last novel, Starflower. I was very eager to continue exploring into her character, finally giving the reader the whole of her story rather than the hints and pieces dropped so far.
What else about your book might pique the reader’s interest?
Death-house gates . . . monsters from another world . . . doomed heirs . . . prophetic dreams . . . the power of words and books in the hands of the weak . . . disguises, escapes, intrigues, and one very terrifying dragon, trapped in a woman's body and bent upon revenge. Add to that a dash of romance, and I think it's a pretty fun story altogether!
Thanks for stopping by on the blog hop tour! Next week, January 23rd, be sure to check out these fine authors:
Abigail Hartman: http://scribblesandinkstains.blogspot.com/
Jennifer Freitag: http://thepenslayer.blogspot.com/
Faith King: http://faith-king.livejournal.com/
Posted by Anne Elisabeth Stengl at 6:00 AM

Very cool! I like the pictures of the actors and actresses you picked out. (I recognized Samantha Morton from Jane Eyre!)
Mouse has me extremely interested. I wonder how she pulls the story together.

whoaaa....Death house gate? I know you had mentioned that before in some of your past books, but I wasn't expecting it in this one. Who are the three unlikely heroes that must travel to the realm of the Dragonwitch? And why? I assumed that the Dragonwitch is the evil who comes to the North Country. Is she after all?

P.S. These are contemplating questions. I'm not really expecting answers.

Wow, I'm even more excited for Dragonwitch now! It sounds like it'll be an amazing adventure!

I LOVE Jamie Bell! And Jude Law is the PERFECT Eanrin. I can't wait for Dragonwitch!

Anne, I absolutely loved Eanrin's top ten list of qualities he looks for in a perfect mate on www.readergirlsblog.com! The last line was very telling and confirmed my suspicions. We can't wait to read on!

I have been suffering from a deadly disease (Hsv) for the past 2 years now, I had spent a lot of money going from one places to another, from churches to churches, hospitals have been my home every day residence. Constant checks up have been my hobby not until this faithful day, I was searching through the internet, I saw a testimony on how Dr Oyagu helped someone in curing his (Hsv) herpes disease, quickly I copied his email which is oyaguherbalhome@gmail.com just to give him a test I spoke to him, he asked me to do some certain things which I did, he told me that he is going to provide the herbal cure to me, which he did, then he asked me to go for medical checkup after some days after using the herbal cure, behold I was free from the deadly disease, he only asked me to post the testimony through the whole world, faithfully am doing it now, please brothers and sisters, he is great, I owe him in return. if you are having a similar problem just email him on oyaguherbalhome@gmail.com visit his website https://oyaguspellcaster.wixsite.com/oyaguherbalhome Or whatsapp him via +2348101755322