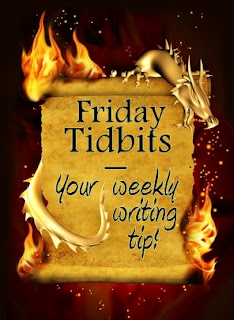 Spending Time With Other Friends

I know how it is with best friends. You have that particular bond, that special way of thinking. You enjoy the same things, egg each other on to great adventures. That best friend is just so much fun to hang out with, why would you bother with other friends?

Because other friends make life richer, that's why!

Just because you have that particular bond with one friend doesn't mean those other friendships aren't worth a ton. Besides, a good healthy friendship is never possessive; it's good for both you and your bestie to spend time with other people.

The same is true with your characters.

I know you love your protagonist. I know she's the character you feel the deepest bond to. But you know what, your book will be SO much richer if you spend time getting to know your secondary characters as well.

Now that doesn't mean that every secondary character needs a point of view in your novel. But, just as we talked about with villains last week, those secondary characters--the hero's sidekick, the heroine's best friend, even the rejected Other Woman, or the Unwanted Suitor--they are all the heroes and heroines of their own stories.

For your book to be as rich as it can be, those secondary characters need fleshed-out motivations and goals, the same as your protagonists. Even if those motivations don't end up becoming a major part of the plot, the characters themselves will ring true on the page if you know what their gut motivation is.

So, Cinderella's going to the ball . . . but what does her best friend, the maid from next door think when she sees the glitter of glass slippers and a pumpkin carriage? Is she happy for Cinderella but simultaneously jealous that she doesn't get to go? Is she bitter that she's not pretty enough for fairy godmothers to pay attention to her?

Spend a little time on those secondary characters. Write scenes about them, and explore who they are as people. Then see what new perspective they might give you on your unfolding  plot.

Which of your secondary characters do you think you might need to explore a little more deeply?
Posted by Anne Elisabeth Stengl at 6:00 AM

Very true.
I did that with one of my secondary characters... and ended up likig her better then my protagonist!

My trouble is that my secondary characters are always better than the central characters...

I've got one at the moment, a lady who is turning out to be tougher than expected, and the only one who can floor my protagonist without trying...a scene from her perspective could be really fun! And maybe also from her hubby's, because I find him boring and should probably try to get to know the killjoy better...

The problem I had was that I spent more time getting to know a secondary character in my book that he ended up becoming the main one. Now I find the previous 2 main characters fall flat of the secondary (now main) character.