As you can well imagine, dear imps and readers, my doings have been primarily caught up in the service of Her Tiny Highness, the Princess of Drakenheath. But I have managed to get some other exciting projects underway as well, and thought I'd let you know about some of them! (If you're just here for cute baby pictures, however, scroll down to the bottom of this post . . . )

So you remember that short story about Beana which I promised all of you? Well, as of yesterday, it is drafted and the cover is officially revealed! What do you think? 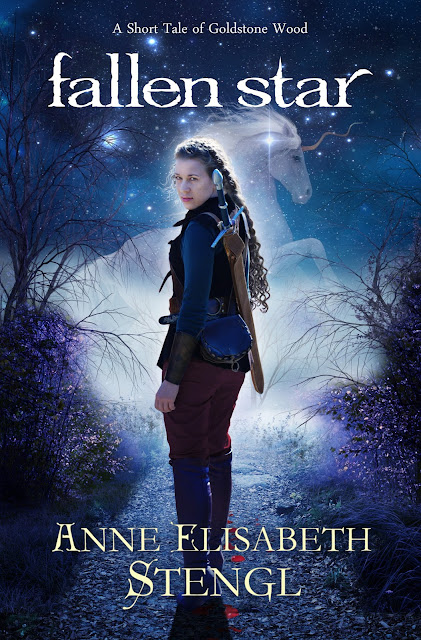 She is a Knight of Farthestshore, a woman of courage . . . and secrets. She has faced many perils in her time, but nothing has prepared her for the evil she is about to encounter in the treacherous Wood Between.

This short story will be available (ebook only) for FREE to all of my readers. That's right . . . this one is a freebie! It's pretty short, only about half the length of Goddess Tithe. But it's exciting and serves as a fun prequel to both Veiled Rose and Moonblood.

This cover design is the very first cover for the Goldstone Wood series that I did entirely myself. I've been at least somewhat involved in the design process for all of them, but I've never actually DONE one before . . . so that was a fun new experience! I even got to arrange the photo shoot with the model (my lovely friend, Stephanie Anderson), and my husband took the pictures. Here are a couple of the shots. 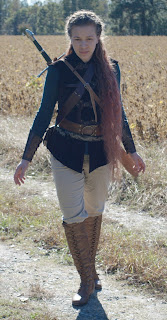 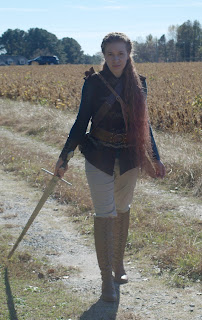 After finishing the photo shoot, I built a background out of a variety of photos. Then I tried a couple of the model poses on that background until I found one I really liked. Then it was a matter of painting and manipulating to make the model look like she was truly part of the background. 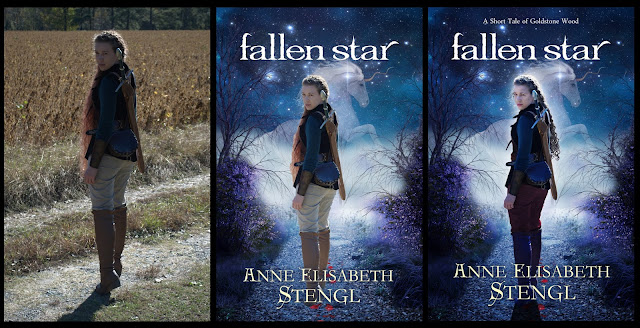 It was great fun. A lot of work, but work I really enjoyed doing. And it was just super exciting to actually do a Goldstone Wood book cover design for the first time ever! I'm quite pleased with how it turned out and how well it matches the rest of the series.

So my major writing focus these days has been The Ridiculously Huge Project.

That's right--that writing endeavor I mentioned several times last year is still very much on my plate. Life got in the way of me making it the major priority I had hoped, but I am still plugging away at it like crazy every opportunity I get. The first novel in the series is complete, book 2 is about two-thirds done, and book 3 is half-written. If all goes well, I hope to launch all three of these books sometime next year. (Fingers crossed!!!) Now this project is planned out for twelve books (I told you it's ridiculously huge), so it's far from finished. But the first three books definitely get you well into the unfolding story and, I do hope, bonded to these characters.

As we get closer to launch, I'll reveal more about the characters and premise.

On top of The Ridiculously Huge Project, I am also working on an exciting co-writing project . . . with my mother! Yes, after years and years of casually tossing the idea around, Mum and I have decided to collaborate on a book, possibly a whole series of books. The first volume is only JUST started (two chapters into the rough draft), so I can't tell you much about it yet. I'll just say that it's YA fantasy and a bit of a Diana Wynne Jones sort of flavor. But maybe a little spookier. Keep your eyes peeled for more news!

We're currently figuring out exactly how co-writing is going to work for us. We developed the concept and first book outline together, but the actual WRITING is trickier. But I like the method we're currently attempting. If it works, I'll tell you more about it later . . . but it's still new to us at the moment, so I don't want to jinx it! 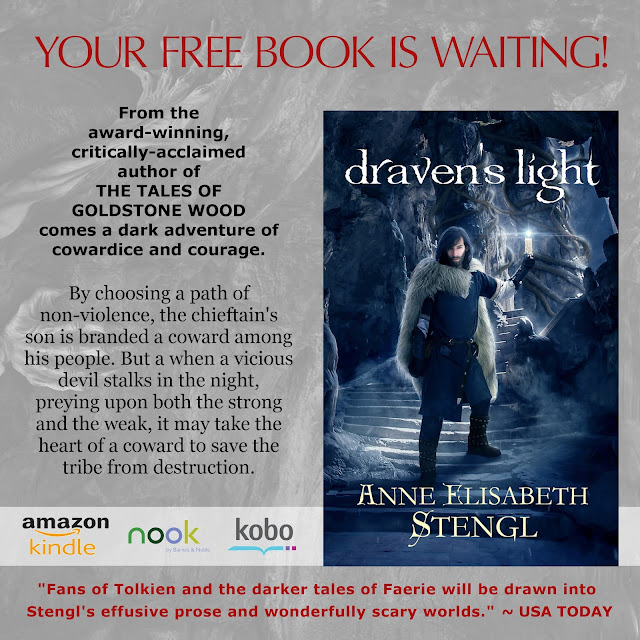 Well, if you do, Rooglewood Press is offering a special deal--sign up for our newsletter, the Rooglewood Quarterly, and you will receive a free copy of Draven's Light. Then not only will you get to read this exciting adventure, you'll also be kept up-to-date on any of our newest releases, our writing contests, and more!

So click here right now to find out how to sign up and get your free book.

And, of course, the majority of my time these days is caught up in the service of Her Tiny Highness, Princess Una of Drakenheath . . . who is two months old today! 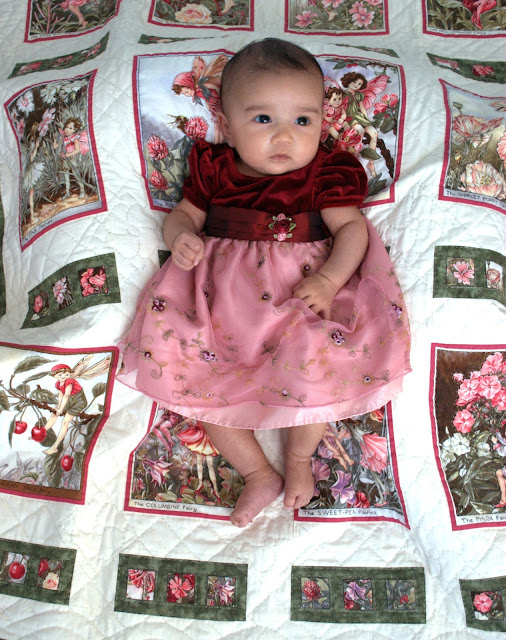 And she just keeps getting more and more beautiful.

So that's it for now! Not as many doings as usual. Motherhood keeps me pretty busy, and all my spare time is spent pouring into the writing projects. But hopefully this means that I'll have quite a few fun reads for all of you in 2017. Here's hoping, anyway . . .

What are YOUR doings this November? Any fun projects in the works? Any fun plans for the coming Holidays? Any great reads you're currently enjoying? Do tell in the comments!

I am completing a paper and working on a Snow White retelling for my Independent Study at university. After Christmas, I am heading to the west coast of Canada--British Columbia--and then down to Oregon and across the States. I'm from Ontario, sort of more east-ish in Canada, so in total I will be on the bus (with many transfers) for about a week getting out there and back.

I am reading DRESSED FOR DEATH by Julianna Deering.

Mmm, sounds like some delicious writing in the works! I'm especially looking forward to reading the Beana story.

*flails over the adorable picture of Her Highness* Oh my goodness she is SO CUTE. I can't get over it.

I'm doing NaNoWriMo, so that means lots and lots of crazy writing. But it's been a heap of fun.

I love the cover for Fallen Star! That's exactly how I pictured Beana in my head too! Can't wait to read it! (And the other things too!)

NaNoWriMo frightens me :p, so I'm continuing writing at my normal pace. However, I did FINALLY reach 50,000 words on my WIP and I'm very, very, very happy about that! I will finish this thing eventually! \o/

I read E.F.B.'s comment and realized I did not say anything about FALLEN STAR! *metaphorical head slap*

Basically, I envy/wish-to-emulate your photomanipulation.

I love the cover! I can't wait for December so I can read it!

And Una is sooo adorable :)

That cover is gorgeous! And Una is so adorable!

ALSO OH MY GOODNESS DID YOU JUST SAY DIANA WYNNE JONES LIKE YA FANTASY. BECAUSE I AM /THERE/. *majorDWJfan*

SUCH an adorable princess!

Can't wait to hear about all the upcoming releases!

Soooooo excited for Fallen star! Will it be available in paperback too? I'm not a fan of kindle (gasp- I know I know) but I prefer an actual book in my hand. With a good cup o joe!