Cover Reveal - AFTER by Savannah Jezowski

I am delighted to participate in the cover reveal for Savannah Jezowski's upcoming winter release! Savannah used to be one of my writing students, and I was always so impressed with her incredible imagination, elegant way with words, raw and emotional characters, and her amazing mastery of first-person narrative. Truly a uniquely gifted writer!

She is also one of the authors featured in Five Enchanted Roses, her story, "Wither," the second offering in the collection. The world of "Wither" is one of the most fascinating I have ever read in speculative fiction, and I cannot tell you how delighted I am that Savannah is continuing to write a whole series of loosely-connected stories set in that same world--THE NEVERWAY CHRONICLES.

I will race you to be the first to order my copy of this prequel adventure as soon as it is available!


"Some people might say that there are worse fates than death. In some worlds, perhaps that may well be the case. But in mine, it would be a lie. There is no greater horror than that which comes after death." 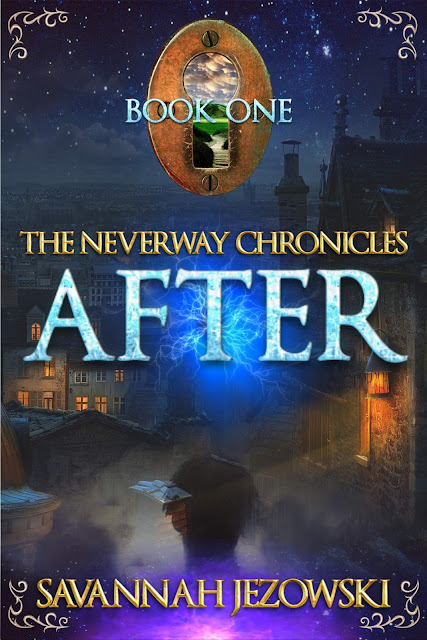 On the streets of an ancient city, with creepers wandering at will and a mysterious assassin leaving corpses all over Pandorum, a young Spook with a dark secret will do anything to keep his brothers safe, even from forces that threaten to tear them apart from within. While others are searching for impossible cures from outlawed Spinners, Conrad Ellis III does not believe in fairy tales and miracles. But when he discovers a strange girl with shrouded ties to the Assassin, Eli is forced to leave the streets he loves and travel into the very heart of Pandorum in order to save a member of his family. With his health failing and corpses escalating, he will have no choice but to confront the darkest corners of his soul.


Because if he fails, if his secret is discovered, his life will not be the only one forfeited.


ADD AFTER ON GOODREADS 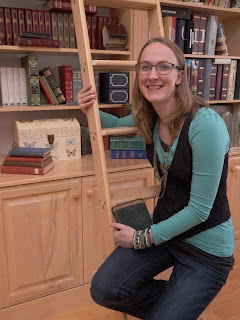 SAVANNAH JEZOWSKI lives in a drafty farmhouse in Amish country with her Knight in Shining Armor, who is no less shiny after eight years of matrimony, and a loyal brigade of kitties, who may or may not sleep on the job. She loves to write Christian fantasy and science fiction for her husband and brothers. Her work has been published in Ray Gun Revival, Mindflights and in the student publication of Fountains at Pensacola Christian College. She is also a featured author in Five Enchanted Roses from RooglewoodPress, coming July 27, 2015. She likes books, faeries, writing hats, and having tea with her imaginary friends.


Posted by Anne Elisabeth Stengl at 6:00 AM

Oh wow, that is so cool. I think it is really interesting that you have been able to follow her writing journey like that. And to the author, congrats and the cover is amazing. I will be adding this book to my To Read shelf.

Ooh, sounds delightfully creepy! And the cover is so intriguing and beautiful. I will definitely have to check this out.

I want to read this! I like the cover!

Looks like an amazing story. That's just one reason why I like to visit this site. Always finding another great fantasy book to add to my collection. :)