As many of you are aware already, I am opening up the floor to blog readers for them to ask me questions for which they would like to see me blog answers. Feel free to leave any questions of your own in the comments below, and I will add them to my list.

Do keep in mind that I do not presume to call myself an expert in any given field. I know a thing or two and have picked up another thing or three. So basically you're reading my opinions on these various topics, so take those opinions for what they are worth.

Now, on to today's post, which was inspired by this reader's request: "I would like to hear about how your journey as an author was influenced by becoming an English major."

Like any good former English major, I know to begin a report with a thesis statement and go on from there to elaborate. So this is my thesis statement on this particular topic--My experience as an English Literature major had both everything and nothing to do with my journey as a novelist.

(Do note: I'm saying English Literature major, not just English major. There is a difference. I studied English Lit. specifically.)

I went into my English Literature degree with a slightly different mindset from that of my peers. In fact I do not know of a single other English Lit. student in any of the three colleges/universities I attended who shared it. Certainly not to the same level intensity. You see, I went into this degree with the mindset of becoming a novelist. This goal was my entire focus throughout my years of study; it influenced not only my approach to literature classes but also my approach to every other class I took. 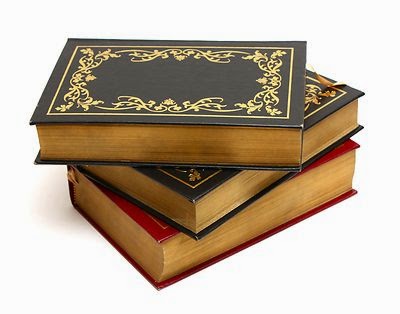 As a novelist (and as a person!) I was relatively inexperienced when I set off to school. I had written a handful of manuscripts, which varied in their degrees of badness. I wasn't arrogant enough to think they were any better than they were. But I also knew what I wanted to do with my life: I wanted to write. And I knew that a good writer is always taking in every experience, every educational opportunity . . . every moment. A good writer takes it all in, stores it all up, and lets it ruminate for years. Anything can become useful material down the road, even appallingly boring studies in macro-economics or algebra. That's not to say that everything will become useful; simply that everything can.

But the English literature major provides the most opportunity for literary growth. During hours of lectures and class reading and discussion, a student is thrown head-first into the great works which have survived throughout the ages. These are the authors who made it, not simply the popular authors of their day, no indeed! Many of them would have been considered complete washouts by their peers and publishers. But these are the authors who found something far deeper than popularity--they discovered universality. They discovered what it means to write lasting material that sticks in the minds of readers year after year after year. They discovered how to layer their work, how to open up and pour out their souls through the written word.

But it is all work that has lasted.

My point is simply this: When I studied English literature, I studied the authors themselves. I learned what they did and much of how they did it. I learned that the truly lasting authors were those who were not afraid to be vulnerable. They put themselves into their work. Their narrative voices, their archetypal themes, their character depictions . . . ultimately, all of these things reflected the authors who wrote them.

My English literature studies were vital to my growth and development as a novelist. That being said, those same studies had absolutely nothing to do with me becoming a professional author. No degree can ever make that happen! That road took practice and study and hard work and networking. It continues to take practice and study and hard work and networking, not to mention a constant stream of production. There isn't a degree that covers all the work that I or any of the professional novelists of my acquaintance do.

But let me tell you, neither is there a degree that could have taught me more of what I truly needed to know. I would not trade those years of English literature study for crowns or kingdoms.
Posted by Anne Elisabeth Stengl at 6:00 AM

Thank you so much, Anne Elisabeth! : )

I've been trying to decide whether I want to get a minor in English Literature or Biology, and this has given me some things to consider. Thanks ever so much!

Thank you for this incredibly useful post! I want to be a novelist, but I'm still trying to figure out what sort of degree I want to pursue and what side-job should I try to get. It's so difficult right now--I'm making tons of decisions that will affect me for the rest of my life! :)

Speaking of which, do you think you can share in another post about your journey to becoming a published author? What would your advice be for someone wanting to be a novelist one day?

Awesome post, Anne Elisabeth! :D My university is special in that it offers two streams of English majors--Writing and Literature. I just switched over to Writing, but the great thing is that a lot of the courses overlap and there's a lot of room for Literature electives. So it will (hopefully) feel like I'm still getting an English Lit degree, but I'm also learning the practical, messy skills of writing by studying the technical aspect through exploring my own voice. :)

What an outstanding post! It's so very interesting because I was an English major with an emphasis on teaching. So neat that you approached your study from the perspective of becoming a novelist.

I agree that the authors that have stood the test of time are not necessarily those who are the most popular. I'd venture to say that these authors might not even realize their gifts. They always regard their work extremely critically. These authors present characters and themes in such compelling and sometimes disturbing ways, characters and themes that speak to us all. May I say that, for me, at least, you are one such author. And, I, too, am so thankful that God steered me toward the study of English. God bless.

A beautiful post, Anne Elisabeth, and very helpful to me too as you might guess since our Facebook chat about how your English lit. degrees influenced you. Thank you for that! The point in particular you made about when writing, you should have something to say is not about preaching a moral but being real and vulnerable to your own experiences - well that hit home beautifully to me, as I am really struggling with that these days. More and more, and with the encouragement you gave me from that Facebook chat I have been feeling the Lord directing me to an English literature/history degree when I finish school, and this is another confirmation of that. It is interesting to know with what perspective you undertook your studies, keeping the idea of being a novelist always in mind - I can see how that must have helped you as you embibed the study of other great authors. While as you mentioned, no degree will make you a novelist (writing will), studying "how others did it" is an experience that I know must enrich and help your writing-work. I am excited about the possibility of doing English literature degree at uni, if it is the Lord's will - meanwhile,I struggle with algebraic equations, dull pace work and English courses below my level :D and wish that I had more time to practice my writing muscles- thanks for the reminder of how we *can* use all that we study somehow one day. . . :))

As an English lit. student, how did you find the time to practice your creative, story writing (that is supposing that you did)? Did you attempt keeping up with personal writing along with the academic, or did you wait till you finished your degree?

Could you tell us how you first secured an agent for your first novel and your journey into publishing?

Do you think novice writers should attempt 'bigger' complex novels in the early years of their writing to grow their experiences, or try pursuing simpler, more straightforward projects that have more potential for success?

Have you ever visited or lived in England/UK? If so, which were your favorite locations? :)

Sigh, I want to write books too.
Were you homeschooled? I am.
Your hard work has been rewarding to many people, that I for certain. 😄😉😏😊
Jemma