UNTIL THAT DISTANT DAY - Launch Tour

It was just a little over a year ago when my mother and I started talking seriously about the idea of her revising an old novella of hers into a full-length novel. And now . . . that novel is not only written but also published and available for all of you to read! I have to pinch myself sometimes to believe it, but it's true. 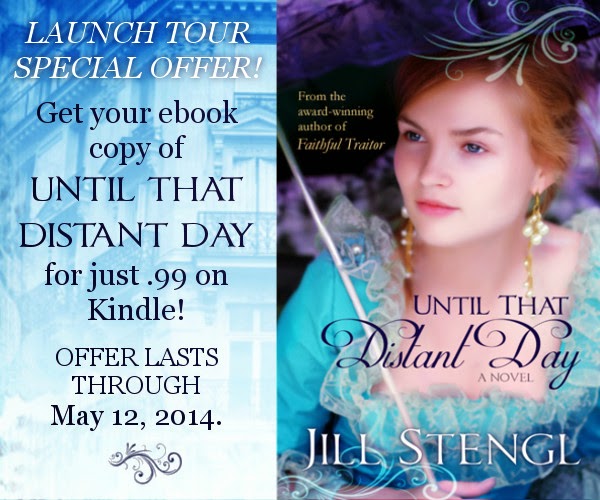 I am so thrilled to be hosting this blog tour, celebrating the launch of Until That Distant Day, my multiple award-winning mother's finest, most compelling, most beautiful novel yet. You can read my review of it on Goodreads if you like. And be sure to take advantage of the .99 Kindle special, which runs through the whole week of this tour! I hope all of you will enjoy spending the next week getting to know Jill Stengl and her  story a little better in this "interview" tour. Each blogger got to ask her one question, and her answers are surprising, insightful, and hilarious by turns! (Yes, I got to sneak a peek at all of them in advance.)

To start things off, I decided to ask a lighthearted sort of question. It's one I always struggle to answer myself, so it's a bit unfair of me, I'll grant you. But I was curious to know what she'd say! So I asked her: "Who would you cast to play the main characters in the movie version of Until That Distant Day."

Here's what she had to say:

Jill Stengl: I never “cast” my characters while writing a book, but it was fun, although slightly frustrating, to try to cast them after this book was complete.

Frustrating because nearly every actor I could find to play either Doctor Hilliard or Saint-Jude Fillion had blue eyes! And red-haired actors suitable to play all the various Girardeaux proved nonexistent—I settled for fair-skinned actors who could convincingly dye their hair and eyebrows. 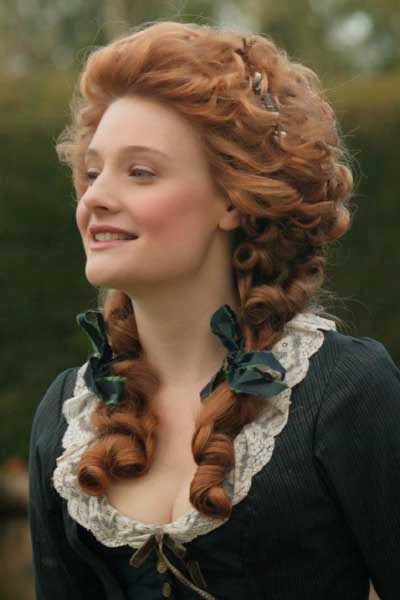 You (Anne Elisabeth) suggested Romola Garai for Colette Girardeau DeMer, and I found this lovely photo of her in period clothing . . . and with red hair. Perhaps Colette wore her hair in such an ornate fashion for the masked ball? 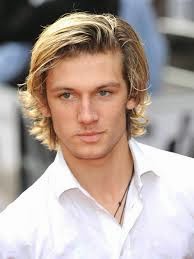 Alex Pettyfer has suitable features to play Pascoe Girardeau—just picture him as being short and red haired! 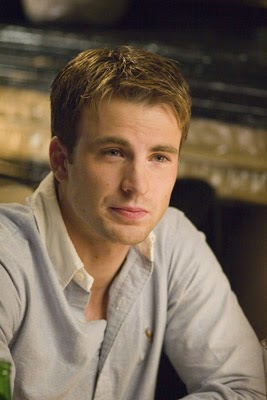 Chris Evans works well as Étienne Girardeau. He has the right boyish face and the big shoulders of a blacksmith. 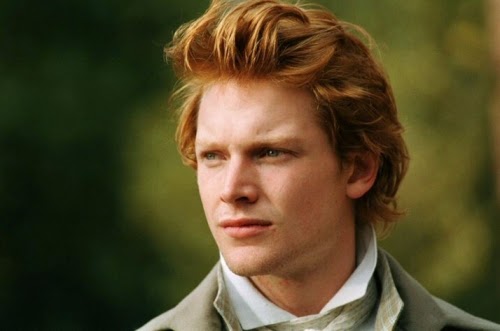 Claude Girardeau was harder to find. I’m not entirely satisfied with Simon Woods to play him, but close enough.

I like this actor, Josh Bowman, in the role of Saint-Jude Fillion. 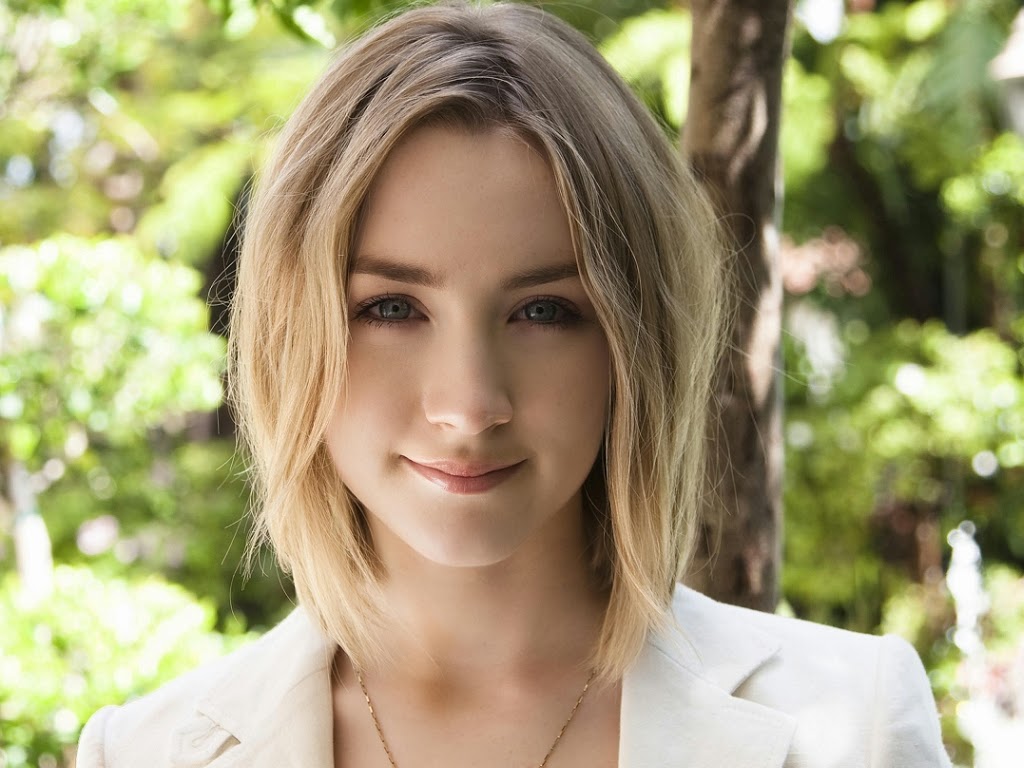 Adrienne needed to be young and delicate-looking. I like this actress, Saoirse Ronan, to play her. 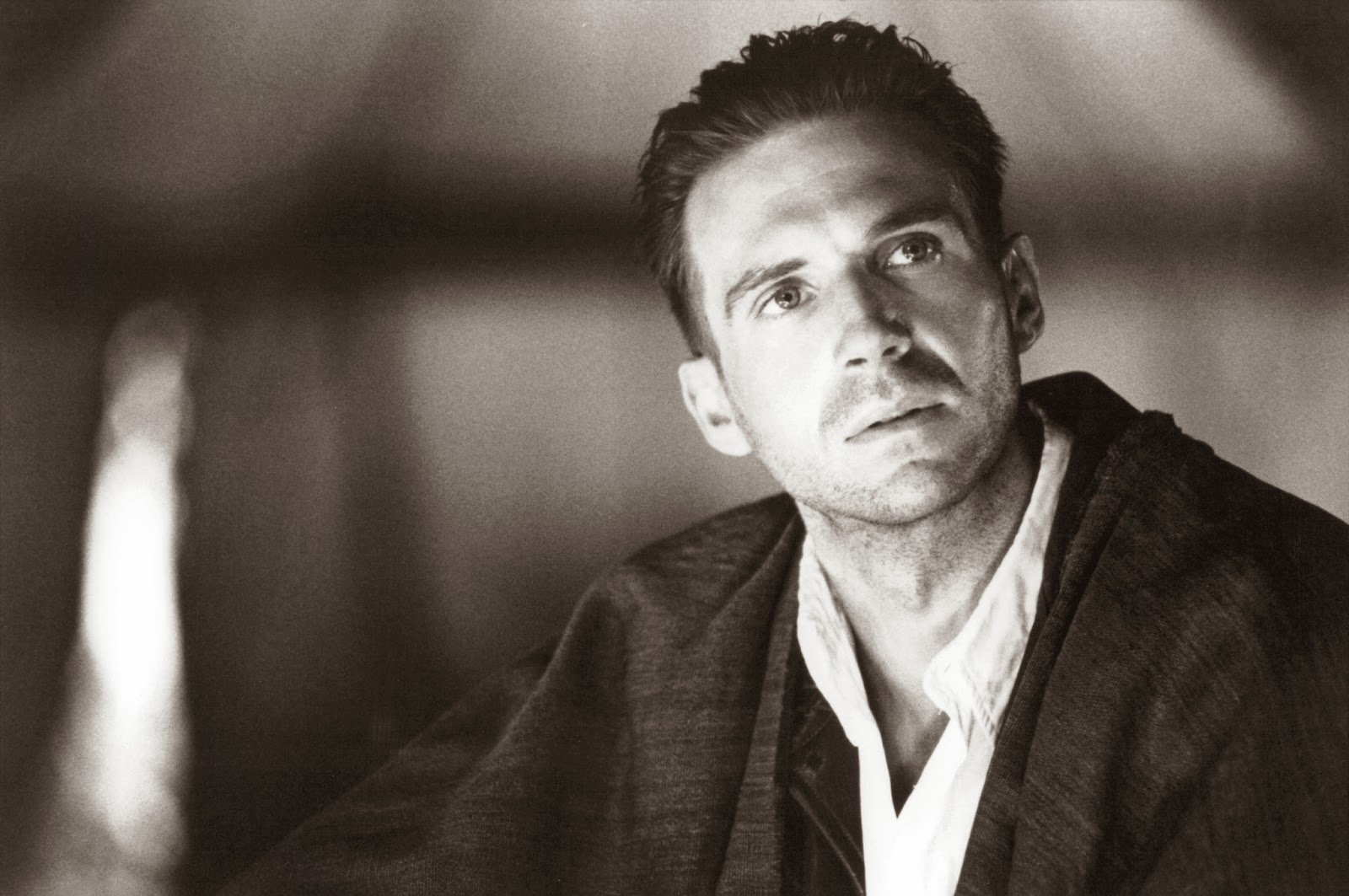 Doctor Hilliard is supposed to be tall and lean with dark eyes and angular features. Picture Ralph Fiennes with brown eyes, and he is just about right. 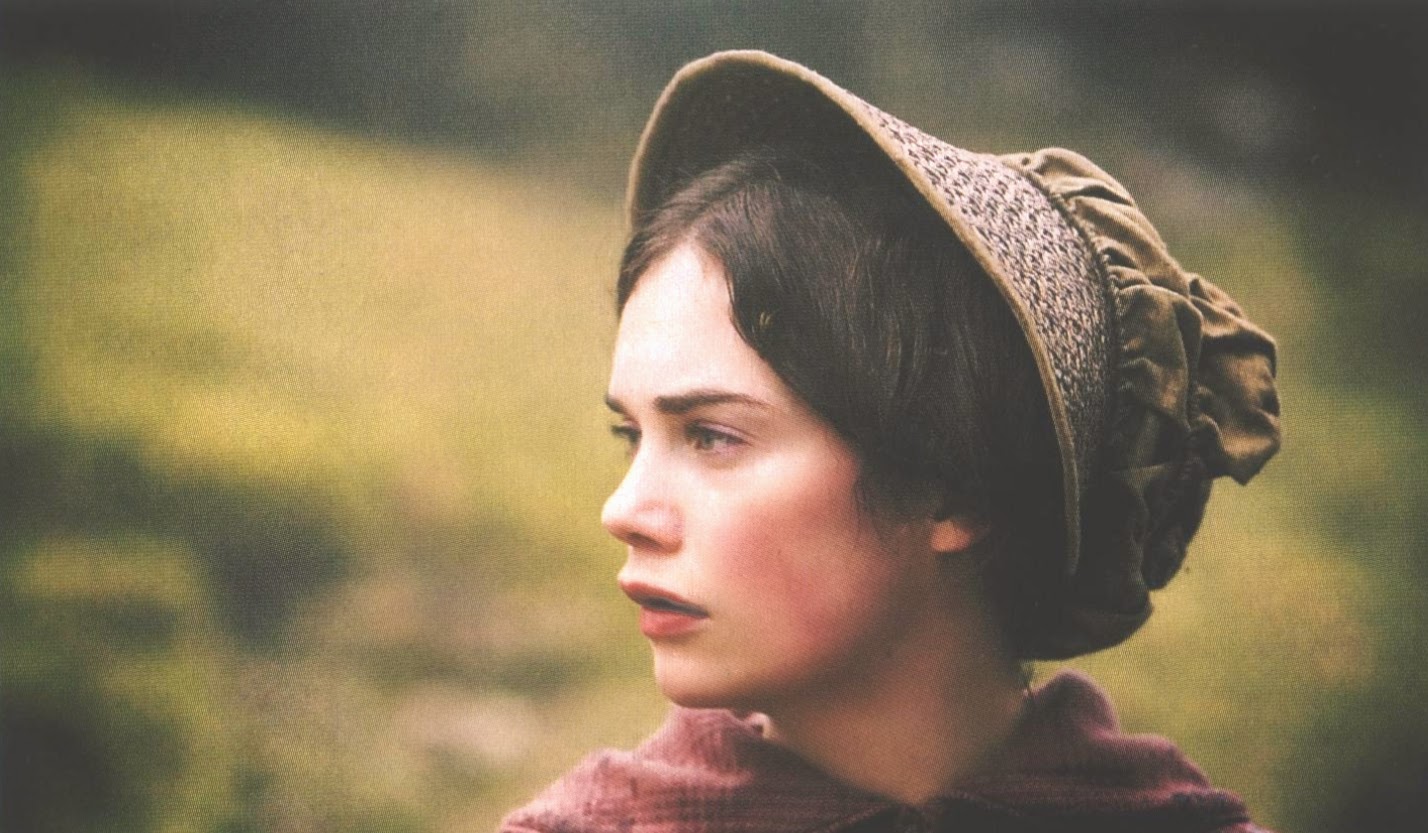 Last, but certainly not least, Leonie Hilliard. I needed a tall, slender girl with angular features, icy gray eyes, curly dark hair, and a wide mouth. Ruth Wilson has the sulky look, the mouth, and the eyes—she will do rather nicely. Here she is in the role of Jane Eyre.

These are the major characters in Until That Distant Day. If anyone can suggest other actors to play these roles or others I haven’t mentioned, I would be delighted to see them!
_____________
Thank you so much, Mumsy, for indulging me. I really love this list of casting. In my opinion, Ralph Fiennes makes an ideal Doctor Hilliard . . . and there is no one ever in the history of movie making who could play a better Colette than Romola Garai.

All right, dear readers, that's it for my post . . . but the tour is only just begun! Do follow the links listed below to see more questions and answers along the way.

May 9
JLMbewe.com
To Be a Person
Writings of Rosie

May 10
Seasons of Humility
Notes by Oywen
The Overweight Bookshelf

And be sure to enter your name in the giveaway! My mother is offering a delightful prize for one lucky winner: an autographed print copy of her new novel and a tin a of Harney and Sons "Paris" tea! 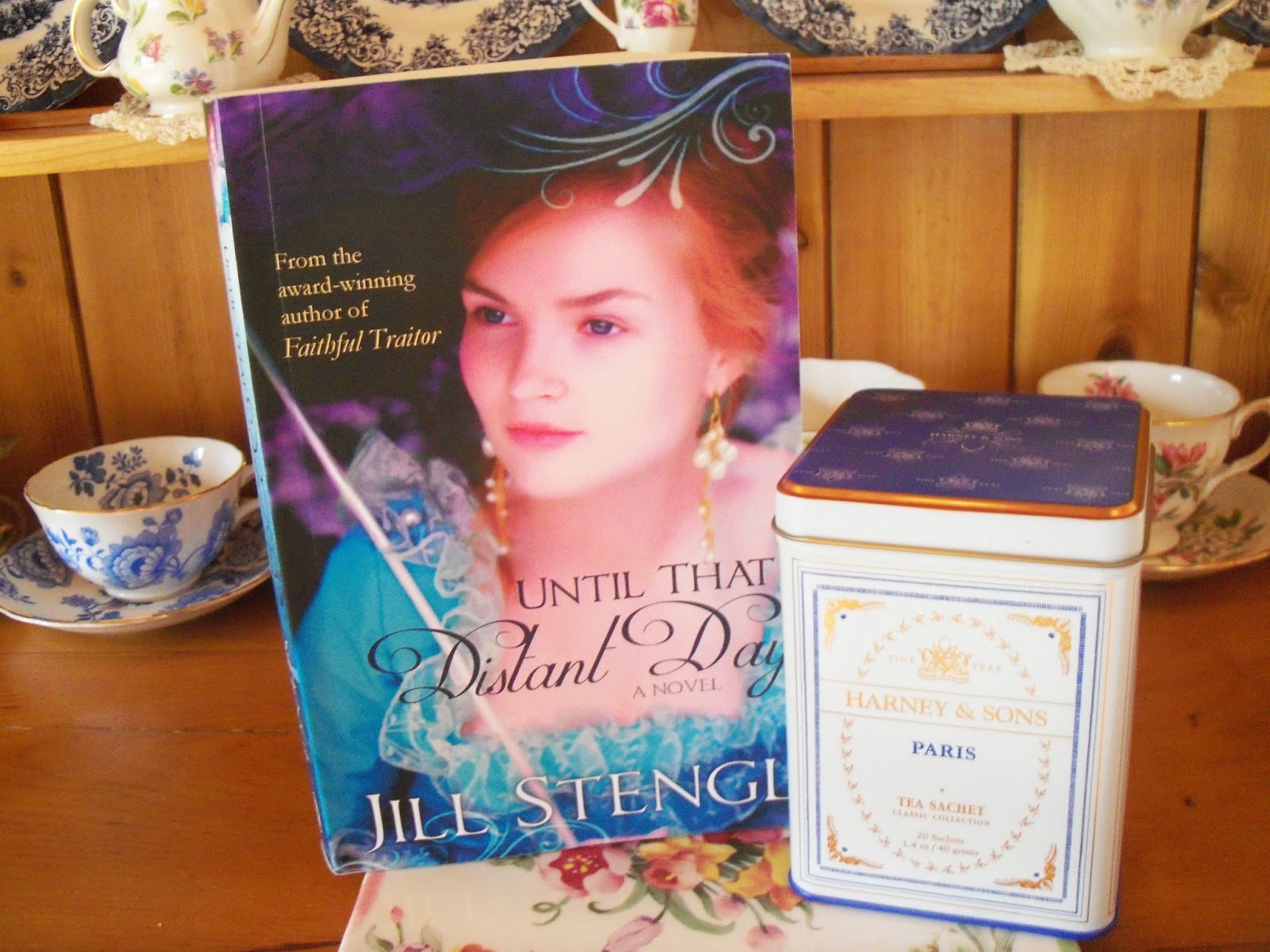 Yay! I absolutely adore this book. Congratulations, Mrs. Stengl! Colette looks perfect, but Adrienne might be my favorite here. : D This may be a clichéd question, but what was the hardest change from novella to novel?

Aw, that is such a fun post :). Playing casting roles for one's characters is a tricksy business indeed, but I love the casting here, Mrs. Stengl. They are all so perfect, and so close to the way I envisioned them =).

Romola Garai is perfect for Colette, especially with her red hair like from Garai's role in Amazing Grace. I suppose Colette's personality is a little more serious and sober than most roles she plays, but I agree, I think she is wonderful.

The three brothers are down-pat perfect in the way I envisioned them.

I am very fond of Ruth Wilson's role in Jane Eyre, and so I think she is a good choice for Leonie =).

Dear me, COULDN'T there be a movie for 'Until That Distant Day'? It would be wonderful!! :)

I am loving this launch tour very much! I already enjoyed this book very much! :D I love historical fiction tales, and one like this really won me over!

Congratulations on your book Jill. I really enjoyed UNTIL THAT DISTANT DAY. and I'm hoping to be reading it again soon.

I must admit I'm not very familiar with about half of these actors, but after seeing their photos, I can easily imagine them in the role of your captivating characters.

Thank you for sharing I'm looking forward to the rest of the blog tour.

GASP! What a perfect casting of characters. Colette already looks like Colette, Pascoe is perfect, and I absolutely grinned when I saw who'd you have play Etienne. Not handsome, ha! This is simply wonderful.

I love the book, I love the characters (yes, even the ones I disliked at first) and I can't wait for the rest of the world to read it!

Oooh, casting characters is always so much fun! I loved everyone you chose, Mrs. Jill!

Thanks, everybody! I'm glad you liked my choices. :-)And your enthusiasm and appreciation means so much to me!

@Allison--The hardest part of switching from a romance novella to a full novel was coming up with a plot that isn't centered on romance. Also, shallow characters aren't as noticeable in a novella as in a full-length novel.

@Becky--I'm not familiar with most of them either! I'm not much of a movie-watcher. But it was fun to find actors and actresses who looked how I imagined my characters. :-)

Lovely casting! This book looks beautiful and the story definitely has me intrigued. :)

Awsome! I really would like to read it now :)
-AC

Sounds like a good book, I'd like to get it for my Mum. Would I be old enough to read it?
Jemma soon-to-be-12

I would like this book because it's historical fiction. I love the cover so much!!!

@Jemma--Thank you! Regarding your being old enough to read it, I honestly think your mum would be the best judge of that. The book is not dirty or overly violent, but it deals with some heavy themes.

Thanks to all of you for joining in my blog tour! :-)

I've been excited to see your book reaching publication date, Mrs. Stengl, and have been tracking it for awhile. It looks very intriguing, and, oddly enough, as it's coming out, we're studying The French Revolution for school. I hope to be able to read the novel soon; it looks excellent!

Only just discovered this blog launch tour. So excited for you, Mrs. Jill and eager to read the book when it becomes available. Congratulations and God bless you.

Hehe I just watched a movie with alex pettyfer.:0 :)
Jemma

I couldn't comment on
Creative Madness Mama
So I will do it here:
I really like White Fang.
Jemma

Yay! Thank you so much, everybody, for making my blog tour a lot of fun. :-) Your comments and enthusiasm mean a lot to me!