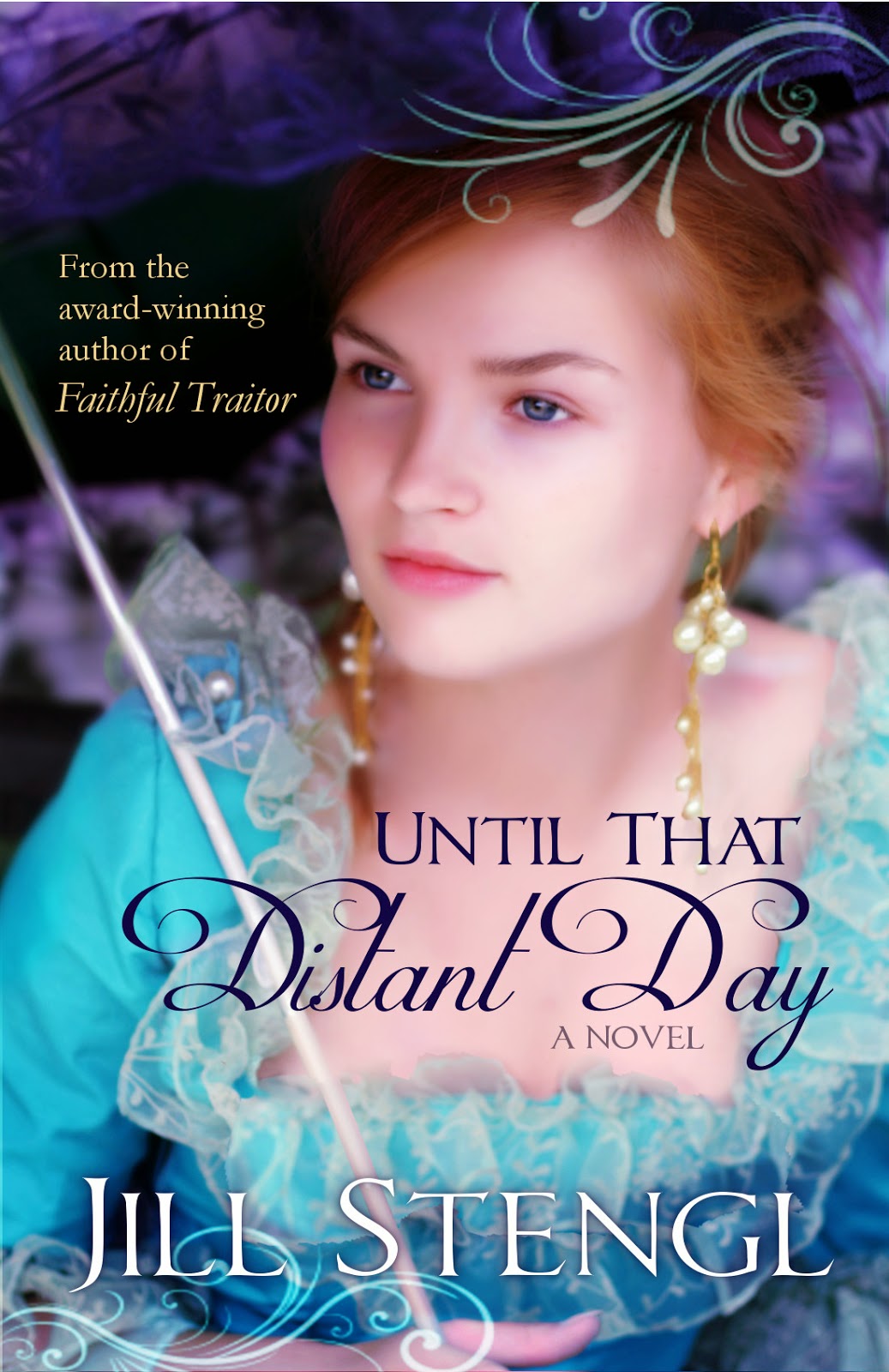 That's right. My mother's novel is releasing in just a little more than three weeks! Actually . . . I got up this morning and saw that the Kindle version is available now! That's right! You can go BUY an ebook copy of this wonderful, romantic, suspenseful novel of the French Revolution.

And you totally should.

It's fun to see ratings and reviews starting to go up on Goodreads. And the blog tour is coming up on May 5th, so you'll want to be sure to catch that! I have been spending quite a lot of my time working to get this project ready for print. But now there are only a few steps left to go. Then it's off to the reading world . . .

So the other fun event of April is: 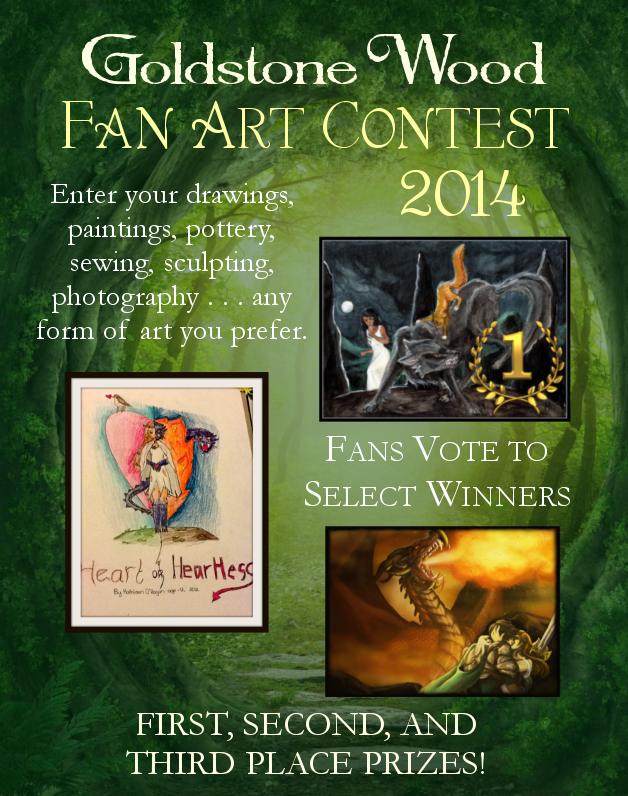 Oh, yes! The annual fan art contest which launches this Friday. And which is by far the biggest contest we've had yet. When I sat down and started formatting the posts (yes, you read that right . . . there were too many pictures to fit into a single post!) I confess I was a tiny bit overwhelmed. There were just soooo many! Which does make for an awesome feature, but also for an awesome amount of formatting. They look great now, though, and are all set to go on Friday.

I really couldn't begin to guess at a winner this year. You'll see what I mean on Friday. So many wonderful pieces were sent in in such a variety of styles. Your vote very well may make the difference . . .

Let's see, what else. Oh, yes! The Five Glass Slippers work is coming along nicely. We are deeply involved in the formatting stage of this project, and many of you may have seen the final designs for the title pages, which I posted on Facebook the other day. For those of you not on facebook, here's a little preview: 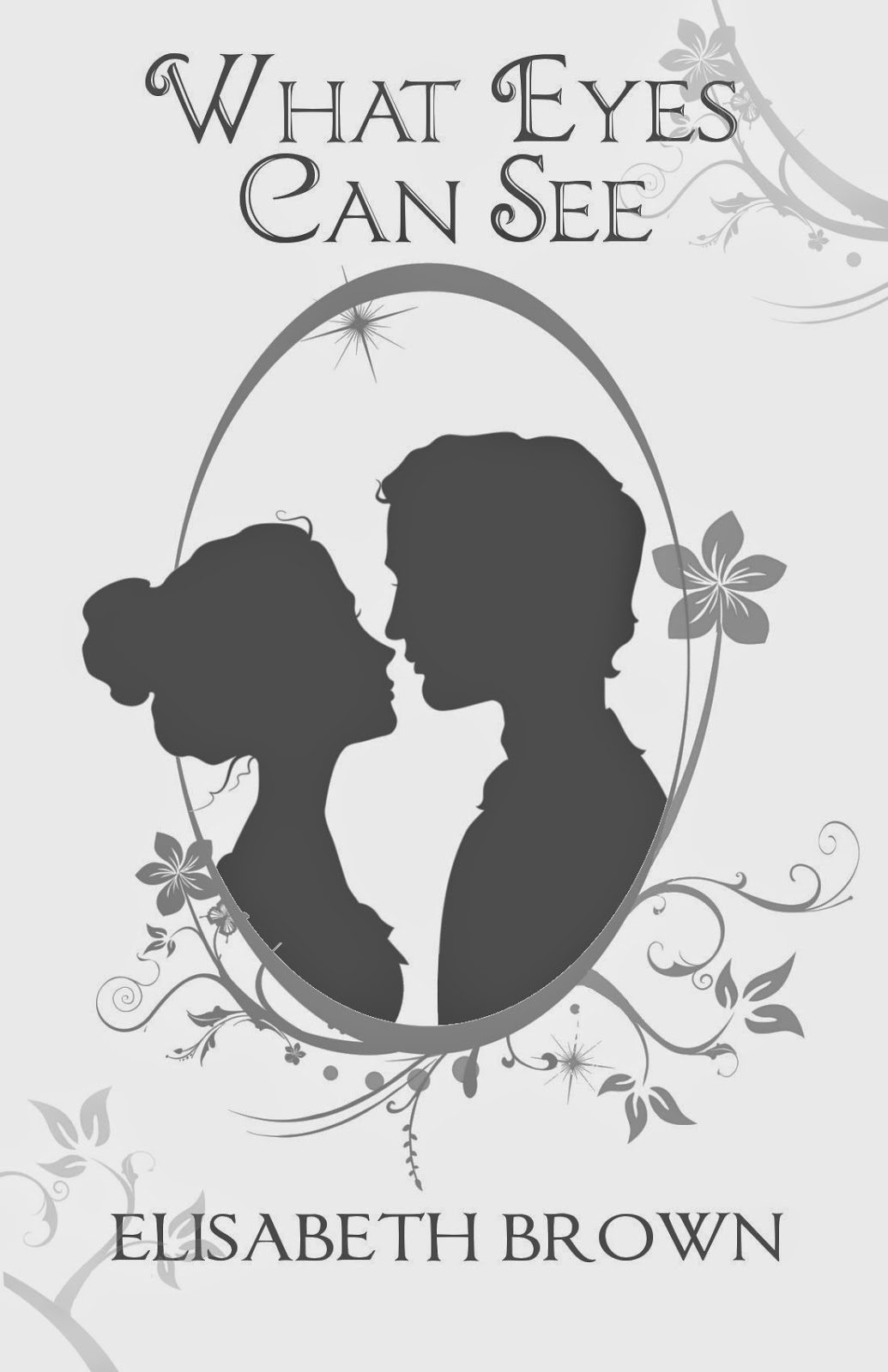 This one is for the first story in the collection, the romantic, sweet, and beautifully written What Eyes Can See. I love how this image turned out, how well it suits the story! That subtle implication that that she's right under his nose . . .

But I don't want to give away any plot points, so I'll say no more. Emma Clifton,  Rachel Heffington, Stephanie Ricker, and Clara Diane Thompson have each shared their title pages on their blogs too, so if you want to see them, do stop by and visit them! And why not leave a comment and follow their blogs while you're at it?

Do you remember how I promised a Goldstone Wood Musical Contest this year? Well, I made a poster for it . . . 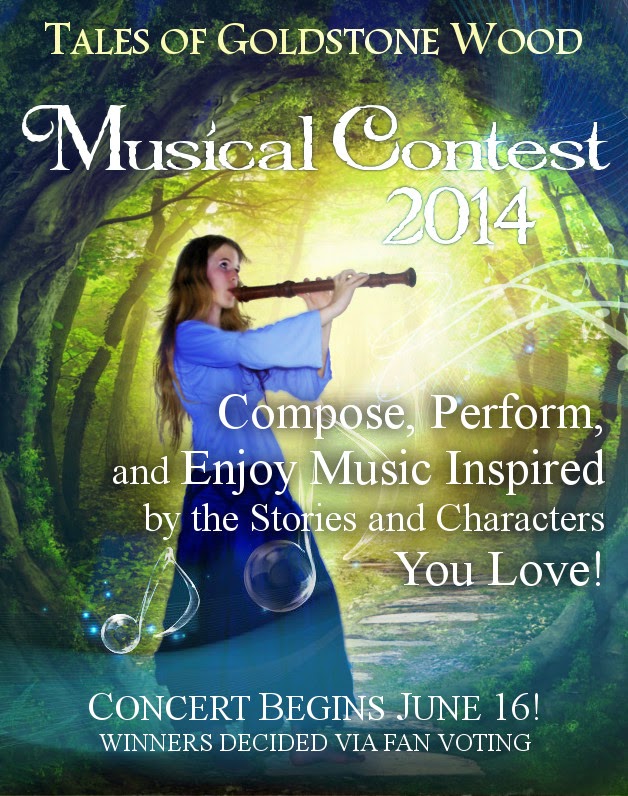 Rohan says this image is too terribly cheesy for words. But I like it! (Hey, I'm from Wisconsin. We like cheese there.) So I don't know if this will be the official banner for the contest or not . . . still, it lets you know the date to aim for. I plan to write up the contest rules for all of you next week, so be watching for it. You can probably pretty much guess what they'll be anyway.

Mutti-Cat is doing so well!!!

She is old and a bit cantankerous, but she is settling in beautifully at Rooglewood! She still doesn't like anyone but me (and sometimes Rohan), but that's okay. She loooooooves me, and I can work with that. 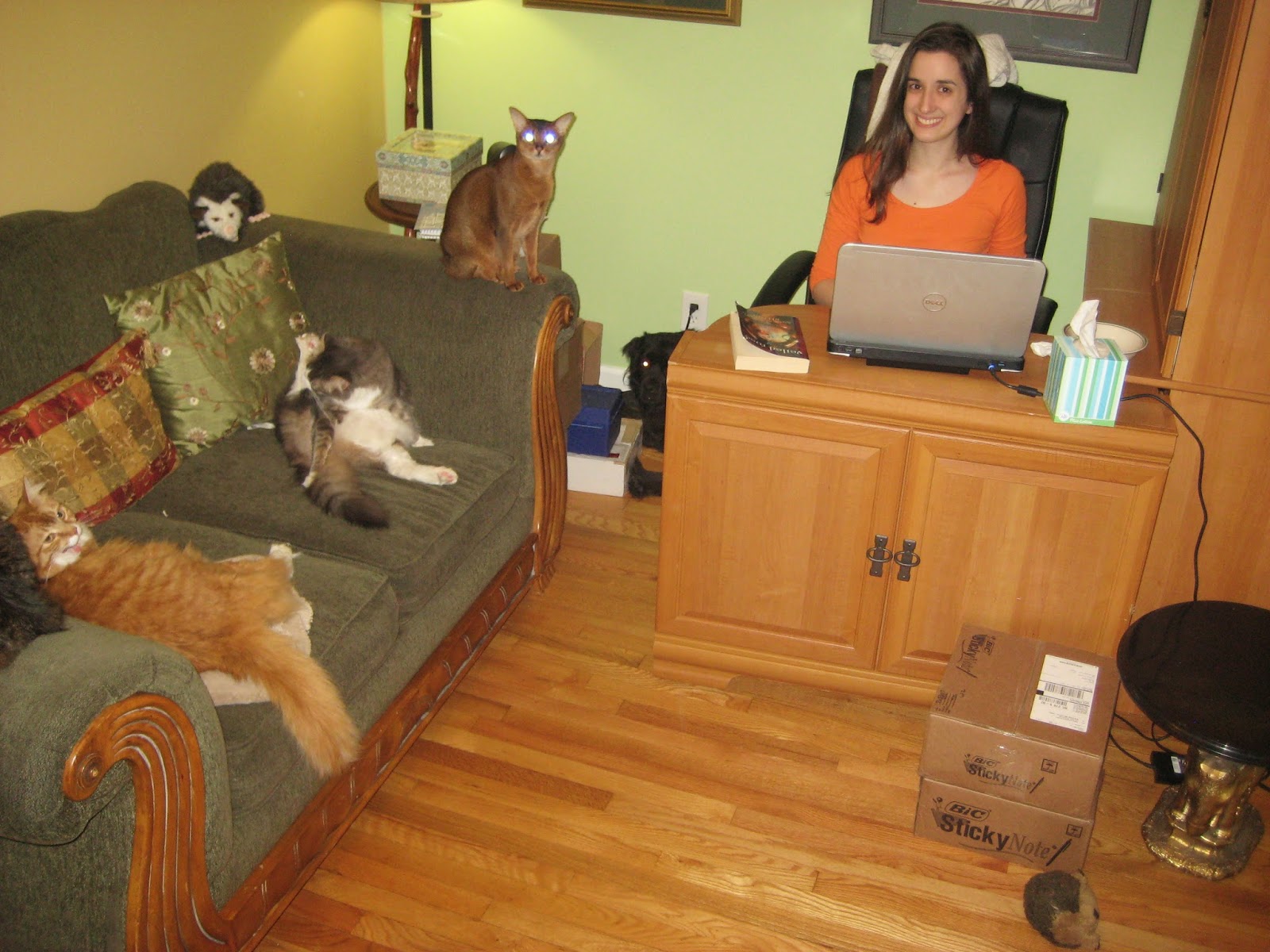 A rare shot of me with most of the beasts. Only Magrat's tail-end is showing in the corner there,  Minerva had hopped down behind the arm of the couch, and Mutti-Cat wasn't willing to hang with the rest of the kitty-folk. But otherwise you get Monster in mid-yawn, Makoose in mid-groom, Marmaduke in mid-phaser blast, and Milly in mid-hide-in-terror. There's also an oppossum and a hedgehog, for those of you who like hidden-items picture puzzles . . .

And yes, I'm writing. Not as much as I would like, but I am writing. I finally decided that, despite ALL THE REST OF THE WORK piled up on my desk, I am going to carve out a few hours of writing time in the morning, no matter what. Everything else will just happen when it happens.

This means I have missed one live interview, two vet appointments, several meals, and all the phone calls ever made.

But there is Story happening, so who cares?

(And I've rescheduled the interview and the vet appointments, and Rohan made an enormous pot of rice and curry so that I would eat, and I don't even know half the numbers of those who called, so I'm not going to worry about that.)

We're also planning to repaint most of Rooglewood. Yeeeeeeeeeee.

Yaaaay! : D It's great to hear you're back writing! But do try to remember to eat. : ) The kitties all look very handsome, and I'm a hundred pages in to Until that Distant Day. <- "Oh, I'll just read for a few minutes," said poor, foolish I. Not happening. ; )

This is so exciting! :D

Until That Distant Day was great, I can't wait to see the Fan Art contest, and I'm so thrilled for the Five Glass Slipper authors!

Ooo, I like the poster for the music contest!

So nice to see all the kitties! :)

So many wonderful events! Congratulations to Mrs. Jill! So excited to read the novel when it's available.

So looking forward to hearing about the Fan Art Contest and discovering what the truly talented artists have submitted. I know it will be phenomenal!

I'm so, so excited about Five Glass Slippers and love the new blog that has been created for it.

Your animals sound so very adorable.

Will be praying for your writing endeavors. God bless you.

Cheese is loved here to. I like your picture.
Jemma

Oh my goodness... Who did the title page pictures for all the Five Glass Slippers stories...? Because alkdjflsk they are so GORGEOUS... <3

I don't think the musical contest picture is cheesy at all -- I think it's beautiful! :)

Yay for writing! (I need to make myself do some of that too... Lot of good participating in Camp NaNo does if you don't actually write words. :P)

I am going to keep my eyes peeled for the music contest :). I love the Five Glass Slippers illustrations, and I am starting to really enjoy 'Until That Distant Day'... oh, and the photo of you with your kitties is absolutely lovely!!
God bless!