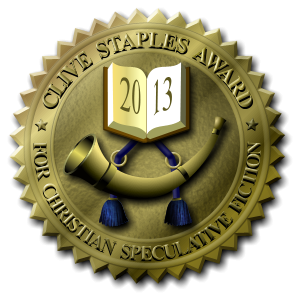 Hi, readers! I feel like I'm doing nothing but reminders on the blog these days, and I do apologize for that. We have some awesomely fun things coming up quite soon, though, including the ENORMOUS Scavenger Hunt and the equally ENORMOUS Fan Art Contest.

In the meanwhile, I wanted to let you guys know that today is the last day to cast your vote for the Clive Staples Award. For those of you who don't know, this is an award for excellence in Christian Fantasy specifically. I was totally surprised and delighted last year when you guys voted Starflower as the 2013 winner. This year, Dragonwitch is nominated, and there are also a number of other titles you will recognize! Jennette Mbewe's Secrets Kept, Morgan Busse's Son of Truth, RJ Larson's, King . . . and that's just to name a few!

You can look at the rules for voting here. The winner will be chosen by a panel of judges, but the finalists are decided by you.

Thank you, imps! And keep your eyes open for the Scavenger Hunt starting on Friday . . .
Posted by Anne Elisabeth Stengl at 9:06 AM

It's the 1st of April here already. I wish it was the first of april for you to.
Jemma