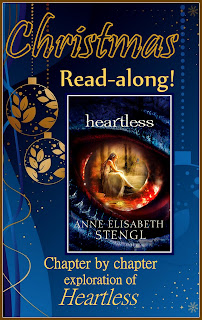 A little later posting than usual! I'm in such a vacation mode of mind at the moment, it's easy to let my work back up a bit. LOL. But I do enjoy doing this read-along with you, so here we are, back to Chapter Twenty-Five.

I will still be answering all of your wonderful questions sometime in the next few days. Not today, but soon, I promise. And be sure to keep commenting for a chance to win the Grand Prize of all three other Goldstone Wood stories!

Fidel and the Prince. After all the drama in the previous chapter, this scene creates a much-needed moment of rest. It's also contains a few important details. For one thing, we learn through the context of Aethelbald and Fidel's conversation the significance of the partially-overheard conversation Una encountered several chapters back. We learn that Aethelbald warned Fidel of the very doings which have taken place.

We also learn that, despite Fidel's disregard of those warnings, Aethelbald continued to work for his good. He saved his son from the yellow-eyed dragon, and we can surmise that he has also been helping others in the midst of the terror wrecked by the Dragon.

Aethelbald has received some flak from a few reviewers who claim that he "only cared about the royal family." I don't think this is just. We, as the readers, are only privy to the events occurring to our main characters. But does that mean Aethelbald was neglecting all the other mortals suffering in Parumvir (and across the Near World) during this dark time? He is currently clad "in the form of a man" at the moment, so he's not omnipresent. But he is obviously traveling through the Wood and serving those in need.

And yes, he sets out on a journey to save Una. Does that mean that his servants aren't dispersed about the nation, helping others? I like to think that Aethelbald is very much involved and invested in the lives of all those in Parumvir. I really loved several of the stories sent in for the fan fiction contest (Meredith's winning piece being a particularly fine example), which speculated on other characters to whom the Prince of Farthestshore was ministering through the events in Heartless.

Affects of the Poison. We do in this scene get a little more picture of the kind of influences dragon-poison has over mortals. Fidel was not an old man when we first met him in this book, but he is quite broke and weak in this scene. Given time, I believe he recovers most of his former vim (come Moonblood, he seems practically back to normal), but it's a process.

And he wasn't so deeply poisoned as Felix was. The young prince was pierced by dragon claws . . . .

Una in Flight. We get a brief glimpse of Una continuing her journey following her encounter with Gervais. I believe when she first fled the Dragon and Oriana, she didn't have a direction or purpose in mind. But that brief encounter with Gervais has sent her onward with more determined purpose. Has Lionheart forgotten her as thoroughly as Gervais? She needs to know how much worth she might still have in his eyes. Or is she really so worthless?

Poor Una. The fire inside her has mounted so hot, she is swiftly losing all that was good and worthy to begin with. Everything that was immature and selfish is rising to the surface and overwhelming her. Though the results of that overwhelming will prove different than what has transpired with other dragons . . . but we'll look into that later.

Felix, poisoned. We also get a glimpse of Felix, wracked with fever in the Haven. The dragon poison is still thick in his veins, and he is only mortal, and just a boy at that. I think it must be testimony to Dame Imraldera's skill that Felix did not succumb to that poison and perish.

The Haven. We learn more about the Haven in later books, but we do get a few interesting glimpses of it here in Heartless. Because it was built in the Between, the stretch of existence separating the Near World of mortals from the Far World of Faerie, it a part of both and of neither. Thus, sometimes Felix believes himself to be in the middle of a forest . . . and other times, lying upon a soft bed in a sumptuous chamber. Both are true, and neither.

In his fevered state, you can imagine how frightening and disorienting that must be!

A corridor of trees. Have you ever walked in a moonlit forest? I have. Up in my hometown in Wisconsin, I've gone walking in the forest many times at night, through tall arched hallways of regal trees, lit only by the moon up above. In the winter, the moonlight reflects on the snow until it is so bright you can walk almost as easily as in daylight.

Felix, of course, wants to know right away why Aethelbald does not carry it even now and venture forth on a dragon-slaying quest. But Dame Imraldera, who has served the Prince of Farthestshore for a long time (centuries, as we later learn), has learned that his time is not her time . . . and that his time is always best. So she gently leads Felix away.

The roar behind the wall. This is a frightening little bit. We never learn what it might be, snuffling at the wall of the Haven, seeking a way in. Something "inhuman yet not quite animal." By not seeing it, we are more frightened of it, even as Felix is. But they are safe, as Imraldera tells him, within the walls of the Haven, which nothing can breach without the Prince's leave.

The gorges of Southlands. A number of important firsts occur in this chapter! We see the sword, we hear of the little "pricks" that pester Felix as he walks in the Haven, and we also see the gorges of Southlands. We never learn why these are important in this book, but this distinctive aspect of Southlands' landscape is a vital part of the later storytelling. So keep an eye on those gorges and don't forget them as you read on in the series! Or those fantastic bridges spanning them either . . . .

The palace of her nightmares. Una, flying into Southlands, sees the Eldest's House in person for the first time, and she recognizes it. The dragon-ravaged house she had seen and hated in her nightmares. But does it deserve its sorry fate? Any more than Oriana did?

But Una's dragon spirit cannot think or feel as the soft-hearted girl Una might. She knows only that she must find Lionheart, and learn whether or not he has forgotten her.

The scale-covered arm. This chapter ends with Una's second transformation back into her human form. But this time, one of her arms is covered in dragon scales. She has lost so much more of her humanity, and the dragon inside is beginning to show even in her mortal form.

1. Trees stood on either side like walls in a corridor, and moonlight shone on the path like a carpet unrolling at his feet. Felix followed it. Tiny pricks touched his arms and face like biting bugs. He slapped at empty air, and the little pricks stopped. He followed the moonlight, his fevered eyes scanning the trees and the arch of branches over his head. Stars glimmered between the branches like candles in sconces. He could not tell whether he walked in a forest or in a grand manor house. (p. 247)

1. If the sword Felix found in the Haven can indeed slay dragons, why do you think Aethelbald has not used it already?

2. What kind of creature do you think might have been trying to get into the Haven that evening? And why? (There's no "right" or "wrong" answer to this question . . . this is where you get to write the story!)

1) I think Aethelbald realizes that Una is not ready for him. You can't rescue someone who doesn't want to be saved, and at that moment Una isn't ready to accept Aethelbald's determination to save her. So until then, the sword can't be used, because the dragon needs to accept its demise--Aethelbald offers grace; he doesn't force it on them.

2) Maybe something like a big black wolf? With glowing red eyes!

2. Hmm... something that is not human but not quite an animal? Eh... a Fae creature then. Maybe some type of big dog or cat thing? I am trying to think of a creature that snuffles... Maybe a fallen unicorn?

2) I say that a dragon was following him and wanted to get in.

I want to say that I am BUSTING with curiosity about those "pricks".
Please, pleas, have explainatiopns soon.

1) The time was not right. I can't say more, because I don't know how.
But I will refer to the talented fan fiction by Hannah Williams. 'The Silver Arrows', I think it was called. That is what I mean exactly.

1. I think Beka said it good. Una isn't ready, but perhaps, there is some kind of ... cost that comes with it?

2. a demon hellhound searching for someone.

1. Maybe Una is more connected to the Dragon. And we know that Dame Imraldera keeps saying when the time is right.

When I read them, the bridges reminded me of Tolkien's rope bridges in The Fellowship of the Ring in Lothlorien, when Legolas had to lead them to cross.