The Gentleman with Thistledown Hair 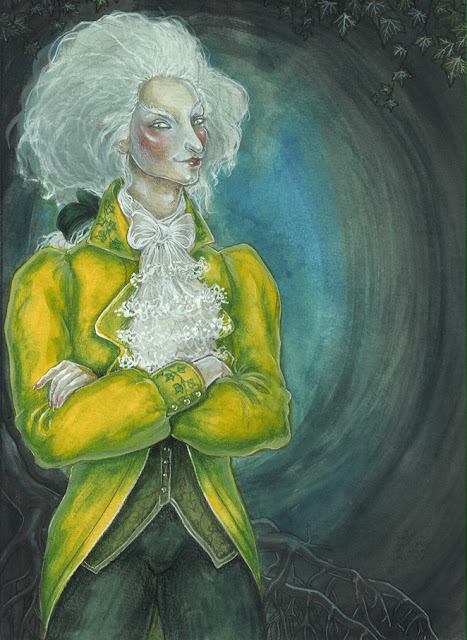 One of the most terrifying fairies I have ever encountered in all my literary pursuits. And, more impressive still, this gentleman, though a recent comer to the World of Literature, has already made an unforgettable mark. As sprung from the imagination of the inimitable Susanna Clarke, I give to you the King of Lost-Hope .

We meet this fairy in the 2004 novel, Jonathan Strange and Mr. Norrell. If you have not read  it. . . oh, my! Oh, my, oh, my! You really must. Never have the worlds of Englishness and Fairy been so masterfully combined in a rather tremendous volume.

But the Gentleman with Thistledown Hair is the focus of this article, so let me focus on him for a moment.

He is, as above stated, the King of Lost-Hope, a fairy kingdom full of madness and wickedness, though its ruler would certainly never think of himself as wicked. He is his own absolute source of mortality . . . indeed, I'm not entirely certain the word "morality" ever comes into any thought or consideration beneath that amazing poof of hair on his head! 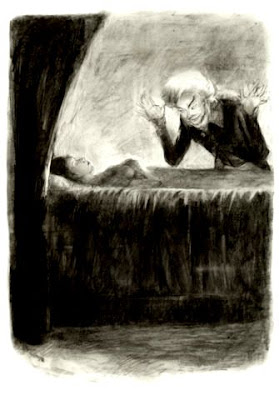 In the above picture, we see him as we meet him for the first time in Ms. Clarke's amazing novel. He bends there over the form of the dying Emma Wintertowne. Her fiancé, Sir Walter Pole, desperate for the young woman's life, called upon the services of Mr. Norrell, England's only "practicing magician." Norrell, in turn, uses his power to summon the above fey gentleman, bargaining with him to save the young woman's life.

Callous Norrell, after all, sees no problem with the bargain: Half Emma Wintertowne's life will be spent in the real world . . . the other half in Fairy.

But her life is saved, so who's to care? And who's to listen to poor young Emma--shortly thereafter married and called Lady Pole--when she tries to tell them about the dreadful second life she leads, when every night, she is summoned to the castle of the Gentleman with Thistledown Hair to dance with the fairy folk. 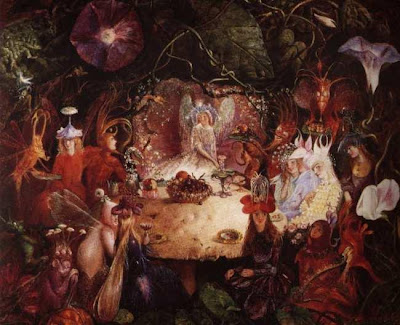 She is not the only one caught in this fey gentleman's lure. Sir Walter's footman, the handsome and dignified Stephen Black catches the fairy's eye. The Gentleman with Thistledown hair is so taken with Stephen, in fact, that he determines to make him a king! 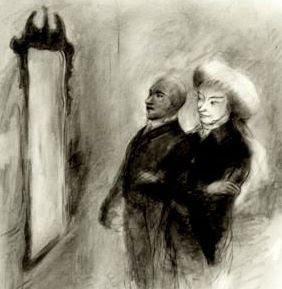 At whatever cost to England, to mortals, or to Stephen himself . . .

But I cannot possibly give away any more of this amazing story. You must yourselves pick up the adventures of England's last two practicing magicians, the charming, fashionable Jonathan Strange, and the shy, fussy Mr. Norrell. 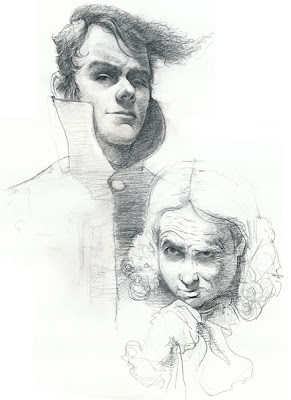 Theirs is not a story to be missed. And will soon, I am given to understand, be translated onto the big screen. Dare we hope (or dread) to see the Gentleman with Thistledown Hair portrayed on the silver screen? We may wonder . . .

That does sound intriguing! I've heard the title of the book before, but I'd never heard anything of the plot. The deal with Emma is very twelve-princesses sounding. Huh. Now I want to read the book. :)

I have never heard of that book! It sounds absolutely wonderful, though. Would I be right in thinking that Johnny Depp would be a good Thistledown Hair?

Sounds like a fascinating book! Is it appropriate? For the little ones, I mean.

Sounds interesting! That's another on my next to read list. :)

That sound very fairy taleish. :) It's on my to-read list now. It sounds like Liv Tyler would make a good Emma Wintertowne...maybe. I'll have to read the book. There's something about how Kiera Knightly acts that rubs me the wrong way. I can't stand the new Pride and Predjudice, but that's probably because grew up watching the A&E version.

@Celtic Traveler: It's a very dark story . . . clean, but pretty dark in places. Also, the style is very Old World, and probably not something most little ones would be able to keep up with! Great book though. Wonderful book! :)