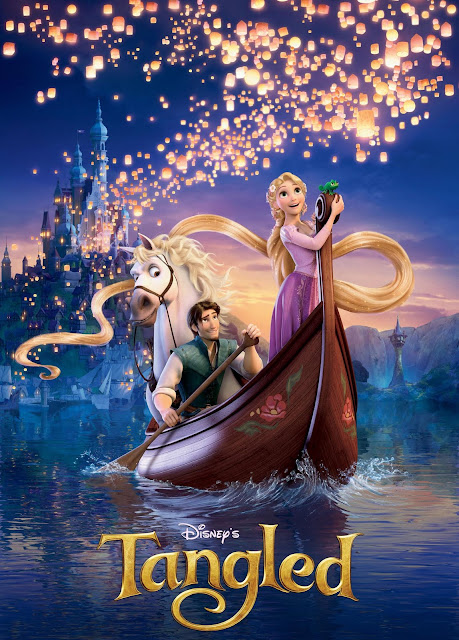 All right, I admit it. It’s been a deep-kept secret all the long years of my life. One of those hideaway-under-the-bed-with-the-dust-bunnies type of secrets, you know? But the time has come to admit it to the world . . .

It is the popular theory among my family and friends (and now my husband) that I am a Disney princess incarnate. When I visited my big brother in Okinawa and convinced jungle birds to eat out of my hand, he declared me Snow White and started singing her song at me in falsetto . . . a terrifying prospect if you know my military officer brother!

Thus it came as a surprise to no one when I fell in love with the handsome stranger I met at fencing class who turned out to be Prince Charming incarnate (and I don’t mean in the personality-less way of Cinderella’s Prince Charming), and that our wedding was above all things Fairy Tale.

Even less of a surprise was the fact that my debut novel featured a teenage princess with idealized views of romance . . .

Anyway, all that to say that I adore the whole genre of the Disney princess. I adore the pretty ingénue heroine in pretty dresses. I enjoy the peasant-girl-in-disguise revealed later to be lost royalty (or future-royalty as in the case of Cinderella). I enjoy the songs, the colors, and especially the little animal friends!

(Rohan laughs . . . he knew I was a secret princess the day he met my three furry familiars. Sigh. In my defense, usually a Disney princess goes for the mice rather than the cats. At least mine are natural predators, right?)

And yes, I adored Tangled.

Despite everything stated above, I actually didn’t expect to like the movie when we went to see it in the 1.50 theater the other night. You see, I had gone to The Princess and the Frog with such high expectations and had been so disappointed. The pacing of that movie was spastic, the artwork only so-so, and there was never a moment when I found myself truly attached the characters. I told myself that Disney had lost its “princess touch,” and therefore went to Tangled with great reservations.

Oh, how it proved me wrong!

Everything about it was a delight. The art was exquisite! I was so afraid I wouldn’t care for the digital art being such a fan of traditional animation as I am. But it was just gorgeous. The characters . . . oh, the characters! They had so much personality! There was just the right amount of time spent developing them into individuals that you really came to care for. Sure, they were stereotypes: the rakish thief, the golden-haired beauty. But they were so fresh and fun within those stereotypes!

(And seriously, did any Attolia fans out there watching Flynn running along those rooftops not think of Eugenides eluding the guards in the queen’s palace? Just asking!)

So, yes. Loved the pacing, loved the art, loved the characters . . . the humor was great! I was concerned that it would be too modern, but while I was watching it I didn’t think so at all. It was a lovely counter-balance to the drama. A perfect story (as far as I’m concerned) has a healthy measure of both, and that’s exactly what Tangled had.

This, however, did not stop me from walking out of Tangled with a huge smile on my face and a renewed love for all things Fairy Tale!

I think that might possibly be my favorite movie seen in theaters since . . . gosh, since I don’t know when!
Posted by Anne Elisabeth Stengl at 8:31 AM

Hmmm I loved princess and the frog and couldn't get past the fact you didn't lol, still love you. I think that princess and the frog is more down to earth than any other Disney princes. It showed that there is life after marriage,she worked hard to get what she wanted and got the boy as well. She also helped him to care about what he was doing with his life instead of being the life of the party all the time. But that's just my opinion...:)

Glad you liked Tangled. I LOVE that movie. Now you can see why one of my fave couples is Flynn and Repunzel. I personally liked the songs, but that's just me. I just don't like to compare it to other princess movies because, well, it's not the typical princessy movie. Know what I mean?

I love Rapunzel and Flynn together . . . especially after he told her his real name! That just cracked me up! :) Such a cute movie, possibly my favorite Disney movie ever (though I think I still like Sleeping Beauty the best . . . it has the best dragon!)

I have a million different responses to this post. In no particular order:

(1) I am reading "A Conspiracy of Kings" right now, so your reference to Eugenides made me laugh. These boys have other one other similarity besides their thievery, do they not? Too fun!

(2) I LOVE TANGLED!!!! (In case that wasn't obvious). Seriously, just a wee bit obsessed. I saw it six times in the theaters. I threw a party for the little kids at my church when the DvD came out. I named my laptop 'Pascal'. I'm making a Rapunzel costume... yeah, kind of a fan.

(3) I do differ with you on the point of the music. All four of the main songs are already a huge part of my life. My mom should never have been introduced to "Mother Knows Best" because she sings it ALL THE TIME now. Admittedly, "When Will My Life Begin?" is leaving Broadway-style territory and straddling the line with more of a folk/pop sound, but it puts a smile on my face.

And..."I See the Light" is probably for me #2 behind "A Whole New World" for favorite love song/sweeping ballad. There are a couple of reasons for this. I just think the melody is sweeter and sweeter every time I hear it. Also, the fact that 'seeing the light' has traditionally been an idiom associated with religious revelation, especially Christian, it took me exactly three listens to flip a switch in my head and think of the lyrics in terms of singing them to the Lord. Added to that the context of last year having been the privileged witness (and instrument) to a dear friend's new birth in Christ, well... she and I both kind of secretly think of the song in that way.

(Oh, and on the shallow side of the coin, I also have a rather chronic crush on Zachary Levi, even from before I heard him sing... so this is obviously colored my entire opinion of Tangled's soundtrack before I even heard the thing... LOL)

(4) The Princess and the Frog. I enjoyed it as a movie, but I agree that there was something of the typical "enchanting" that was missing. I love Tiana as a character and a role model. I especially love Charlotte as the flighty, funny, loving friend. Didn't care much for the VooDoo, though, so it was a mixed bag for me. But "Almost There" is probably my 2nd favorite song that Randy Newman ever wrote (after "You've Got a Friend in Me").

Tangled is one of my absolute favorites, too--and Nate's as well! It's sort of wrapped up a wee bit in the story of how we met and got to know each other, even, so, very near and dear to us. :)