Dear imps, I have a treat for you today! Heather Day Gilbert is visiting this blog with a guest post about her new release, Miranda Warning. It sounds like such a fascinating story, and I hope you will enjoy learning about how Heather developed this idea! She is also offering a lovely giveaway for a print copy of the book, so be sure to check that out at the end.

And now, welcome to Heather!

The Idea that Wouldn't Let Go
Inspiration for Miranda Warning

Thank you so much for having me on your blog today, Anne! I appreciate it so much!

Today is release day for my very first mystery novel, Miranda Warning. This is the first book in A Murder in the Mountains series. I just wanted to share a little background on how this book came to be.

Long ago, when my three children were mere toddlers, I wanted to write a book. I started writing said book. The main character's name was Tess Spencer, and she was married to a guy named Thomas (in an homage to Agatha Christie's knockout duo, Tommy and Tuppence Beresford). In this book, Tess had two children. She got involved in a mystery involving a woman named Rose. 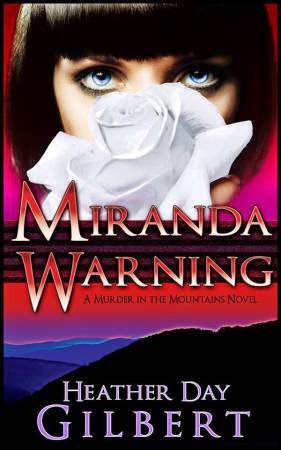 I had only gotten about the first ten chapters written, and I decided to let my husband take a peek. His reaction when I told him how the book would end? "You have a nice start to this story, but that's not all of it."

Author reaction: Flaming. Outrage. Inability to continue writing said book. Giving up on writing books till about six years later. At that point, I had no ability to take a critique.

Fast forward to about nine years later. I'd written a book, and I wanted to write another book while the first one (God's Daughter, my Viking historical), was out on submission. So I sat down that winter and Tess sauntered back into my head. In this book, Tess is still married to Thomas, but she's newly pregnant; no kiddos yet. She's also pulled into a mystery with a dead woman named Rose.
This time, the book unfolded for me. The more I got into it, the more I realized the things I thought were going to happen did not. The characters I thought were key were not. The villain was not who I thought it was. In other words, I finally fully developed that story, just like my husband had told me I could.

I have a thicker skin now and can take well-meant critiques. I've had to accept numerous rejections. I'm learning how to take harsh reviews, too.

But my husband still isn't an early reader for my books! I value his opinion too highly and as an author, if he dislikes something, it just torpedoes my desire to finish the book. But I realize he doesn't represent my normal reader demographic. He's actually a big non-fiction and Louis L'amour/western fan.

I'm thankful God brought Tess back to me. Nowadays, I've noticed my author-plotting brain is working overtime, collecting details about locations and people (the series is set in contemporary West Virginia—where I live now). I can't wait to write the next book in this series: Trial by Twelve. Most of all, I'm so glad that even though I briefly let go of that mystery-writing idea, the idea never let go of me. 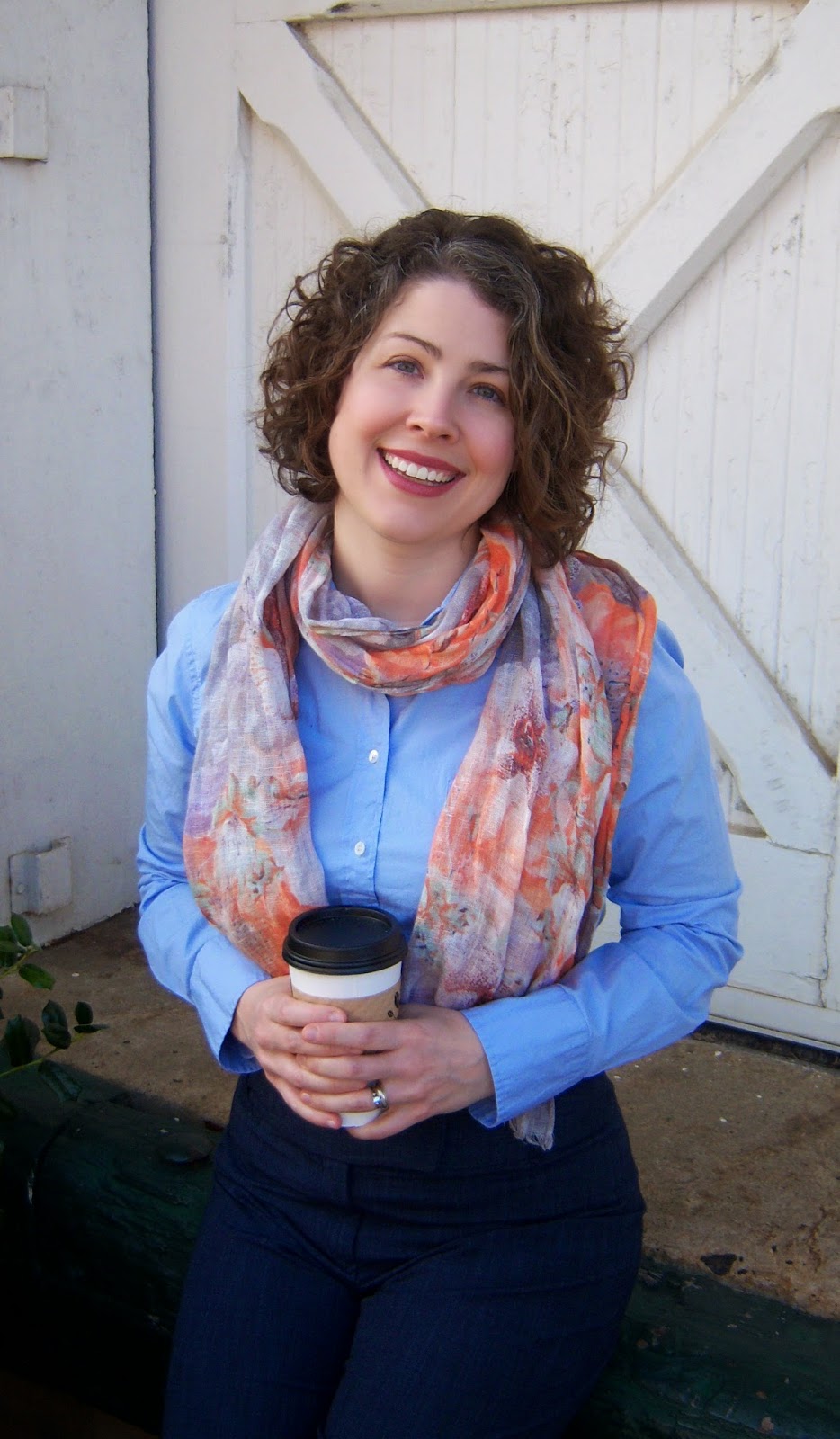 HEATHER DAY GILBERT enjoys writing stories about authentic, believable marriages. Seventeen years of marriage to her sweet Yankee husband have given her some perspective, as well as eleven years spent homeschooling. Heather regularly posts on Novel Rocket about self-publishing.

You can find Heather at her website, Heather Day Gilbert--Author, and at her Facebook Author Page, as well as Twitter, Pinterest, YouTube, and Goodreads. Her Viking novel, God's Daughter, is an Amazon bestseller. You can find it on Amazon and Audible.com. Her Appalachian mystery, Miranda Warning, releases today, June 20th, on Amazon. You can find an excerpt of the first chapters here on Scribd.

Hello! I had a question about God's Daughter, actually... Were you ever not able to find historical information you needed, like details on the Viking or Native American culture? How did you counter this?

Hi, Allison! Yes, many times I ran into issues finding historical details because many times, they simply weren't known! Several times I asked questions of the Viking Answer Lady (vikinganswerlady.com). But some of it was making educated guesses based on information I did have from archeological finds, etc. Thank you for asking!

Congratulations, Mrs. Heather. I'm a huge mystery fan and look forward to locating Miranda Warning. Will it be available on audio, too? Are you an author who outlines? God bless you.

Thank you, Meredith! I love mysteries, too. And audio is definitely something I'm contemplating for this one, as well. I did outline more for this mystery...but it's usually a chapter-based, loose structure. Thanks for asking and blessings to you, too!

Hey Heather! Okay, so my question about your writing process is this: when you first began as an indie author, how did you deal with getting a wider readership than just your immediate friends? Did you feel redundant, always pushing your own work?
Congratulations on the new release! It sounds awesome.

Oh, great question, Rachel! I have to say my friends, family, and followers (3 F's! Ha) were SO instrumental in getting the word out on my debut novel. Yes, I hunted down every possible affordable marketing opportunity as well, so it was/is like a full-time job. Some doors were closed to me because I wasn't traditionally published, but not as many as I thought there would be. I'm able to adjust my pricing and run specials and see what works almost immediately on my author homepage on Amazon, so I love being very responsive to my readers that way.

I always feel I have to believe in my books more than anyone else, so I will be able to confidently market them. I love promoting other authors, as well, and I think that's part of the fun of being an author--interacting with other authors (like Anne Elisabeth!). Also, it is SO rewarding to have readers who enjoy your books. Regardless of publishing route taken, that is the biggest blessing an author could ask for!

Thanks for your great question, Rachel!

What inspires you to choose the setting and plot of your story? God's Daughter and Miranda Warning seem so different.

Ha--yes, they really are, Heidi. With God's Daughter, I was following the Icelandic sagas and sticking with the places Gudrid actually sailed to/lived...so we had the Iceland/Greenland/North America setting. It was somewhat biographical, based on the history we have on Gudrid.

For Miranda Warning, I wanted to set it in my home state (born and grew up here, now living here again) of West Virginia. This state has many paranormal stories and I wanted to probe into some of those, while maintaining a biblical view on such things as ghosts, etc. So this series will have a touch of the paranormal, and West Virginia just seemed the ideal setting. Plus, I know the dialect/people and love having that air of authenticity with my setting. These West Virginia hills are in my blood! :) Thanks for asking!

Congratulations Heather! I'm so happy for you - I know this series is one you've fought hard and long for, both internally, as well as outwardly in the industry, and even among friends and family. I applaud your indie status and am proud, proud, proud of all the work you've done. My question for you is WHEN are we going to get another chance to sit on that swing and drink coffee again????? It'll happen. I know it will.

Bless you, my friend. And thank you, Elizabeth, for having Heather here today!

And I blew it - wow! I don't know HOW I got your name so wrong, Anne - I started typing and just sent it off without checking. My bad. So sorry.

Thank you, ANNE, for hosting Heather today. An encouraging and exciting post.

And don't add me to the giveaway - I've read and already love this book!

Thank you, Becky! I know you know this book almost as well as I do (you great crit partner you!). And I know, I always love visiting Anne Elisabeth's blog friends!

How'd you decide on the character names?

I've always liked the name Tess as it suggests someone slightly sassy to me (not quite like Tess of the D'urbervilles, but I do love that story). Tess' hubby Thomas because I was trying to emulate, to some small degree, Agatha Christie's married detectives, Tommy and Tuppence (also both "T" names).

I once had a roomie named "Miranda" and I've always loved that name, as well. And Rose...Rose's name just fit her perfectly, as she loved flowers, etc. Oh! And Nikki Jo, the mother-in-law...I knew she needed a double name, like so many WV friends have. Nikki Jo just seemed to fit her.

Great question! Oh--and my German florist, Axel...I definitely wanted something that indicated what a massive brute he is. :) I could go on and on but I do try to pick names that fit the characters.