It has been a fun time for cover reveals lately on this blog! And today is no exception. I am pleased to be part of the reveal for J.L. Mbewe's new novel through AltWit Press. Introducing: 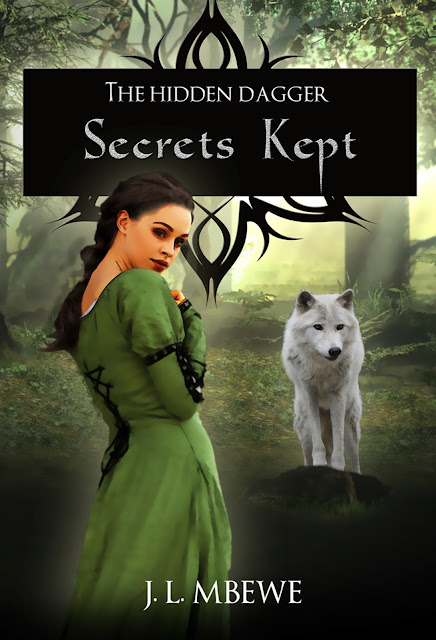 With a curse, she will build an army. With the dagger, she will undo the last sacrifice. But first the sorceress must find the secret keeper.

Torn from her homeland and thrust into a betrothal against her wishes, Ayianna learns her family has a deadly secret that now has her on the run. She joins forces with Kael, an embittered half-elf, and Saeed, an elderly High Guardian, to seek answers to her father's death, the destruction of Dagmar, and the plains people's bizarre behavior.
Ayianna discovers there is more at stake here than just her mother's disappearance and her familial duty to her betrothed. The sorceress has cursed the plains people, and it is a race against time to release them before the sorceress resurrects an ancient evil.
_________

Some of you will remember J.L. Mbewe from a previous interview. But for the rest of you, here is her bio: 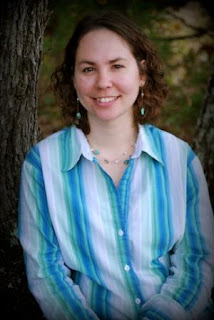 Writing as J. L. Mbewe, Jennette is an author, artist, mother, wife, but not always in that order. Born and raised in Minnesota, she now braves the heat of Texas, but pines for the Northern Lights and the lakes of home every autumn. She loves trying to capture the abstract and make it concrete.
She is currently living her second childhood with a wonderful husband and two precious children who don't seem to mind her eclectic collections of rocks, shells, and books, among other things. While living life balanced between reality and dreams, she is creating worlds inhabited by all sorts of fantasy creatures and characters, all questing about and discovering true love amid lots of peril.
Her debut novel, Secrets Kept, is coming this fall, and in the meantime be on the lookout this summer for short stories set in the World of Nälu. For more information about her journey as a writer mama and all things creative please visit her at http://jlmbewe.com.
You can also find her on Facebook, Twitter, & Pinterest
While waiting for the release of Secrets Kept, be sure to pick up Jennette's two short stories set in the same world, Desert Rose, and the newly-released Dragon Thief. Lots of great fantasy reading ahead!

Also, Jennette's publisher is offering this fantastic dragon bookmark for one lucky winner. Be sure to enter your name for a chance to win. 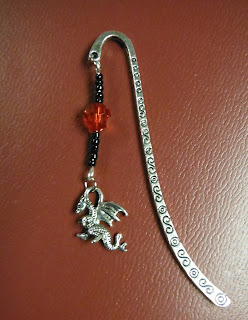 Ooh, lovely cover. My favorite fantasy creature is probably a dragon, though it's hard to say.

Hi Sarah! Thank you! Dragons are intriguing creatures, and awesome if they are anything like Donita K. Paul's dragons in her Dragonkeeper Chronicles. :-)

Anne Elisabeth, thank you so much for celebrating with me!

Oooh! What a lovely cover! I love the dragon bookmark!

My favorite fantasy creature has always been a dragon, formed from a memory of a dragon shaped cloud I saw as a child that inspired my fascination. But Sir Eanrin, from the Anne Elisabeth Stengl's series 'Tales of Goldstone Wood', has to be my favorite character as of recent. From his mysterious character, and extroverted personality, to his dedication as a knight, and his ability to transformation from man to cat, he has become a favorite of mine.

Ooooooo, Jennette, I LOVE this front cover! I adore wolves. And the summary has me very intrigued! Say the word elf or half-elf and you always can get my attention! Is Kael a guy or a girl?

I used to adore dragons, but if fantasy creatures include people, elves are probably my favorite. (Depending on what sort of elves.) And if we're going to include my own stories, my favorite fantasy creature/people is my version of phoenixes.

And Eanrin is my favorite fantasy character literary-wise while Legolas is the favorite-cinematic wise.

Hi bookishqueen! Thank you for sharing! Sir Eanrin is definitely a favorite. I can't wait to see what comes next in Shadow Hand, for him and all the characters.

Probably a dragon or a fairy. :)

Hi Charii! That is so neat that you can link your love of dragons like that. From my earliest memories, I loved unicorns, but I can't say what has shaped that. Lots of love for Sir Eanrin and dragons! Thanks for sharing!

I am with you about Legolas! And I love merfolk.

I have a work in progress with a type of phoenix!!! And dragons. :-) I'm curious now about your version of phoenixes!

Hi Anna! Thanks for sharing!

I love dragons, but I also have an equal fondness for griffins ever since I watched the movie version of "The Lion, The Witch, and The Wardrobe." Oh, and I love gargoyles too.

Hi Christa! That was an awesome movie. Thanks for sharing!

Hmm, my favorite fantasy creature...it's so hard to choose! But right now I'd have to say it's a dragon.

Hi Chelsea! Thanks!
It hasn't occurred to me before, but dragons are very popular. :-)

Miss Jenette! :)
My favorite creature I think is dragons and sea unicorns (my version :p) they're such fantastical creatures! Mermaids have always been a whim of mine (which is really why I love Pirates of the Caribbean 4 ha!) and I just love seeing them.

Congratulatins, Mrs. Mbewe. That's so wonderful about your upcoming book release. I do enjoy a good villainness, so your sorceress sounds really intriguing. Will be praying that all goes well in all your writing endeavors.

My favorite fantasy creatures are unicorns because of their ability to heal. Their wildness coupled with their gracefulness is so amazing to read about, particularly if you find an author that describes them vividly, (Ahem! A certain author's depiction of an enslaved unicorn by a goblin king is one such example, as is Peter S. Beagle's outstanding The Last Unicorn). Also love their depiction in folklore as being drawn to pure maidens and how they can be caught with golden halters. Such a sad but beautiful picture. I also love phoenixes.

I forgot to say my favorite fantasy creature! Undoubtedly, it's a mermaid.

And Eanrin is my favorite fantasy character! And of course I adore Howl as well...

Finally a mermaid! And a Unicorn! Yea!

Molly: I have yet to see Pirates 4, and it's killing me! Ha! Not really. I am curious about these sea unicorns I keep hearing about. What are yours like?

Meredith: thank you!Love the unicorns too! That goblin king's unicorn was definitely a good example. :-)

Clara: Yea for mermaids! Thanks for returning to share your favorite creature!

J. L. Mbewe, your short story Desert Rose left me enthralled with the new world and characters that you've created! I can hardly wait to check out your new book!

I agree about Desert Rose...when I got done with it, I told Ed it should be made into a movie. You have such an awesome imagination!

Anonymous,I am so glad you enjoyed the short story! Thank you!

Nancy, I'm so glad you liked it! Thank you for the kind words!

Bethany, elves are awesome, especially if they are anything like Legolas. ;-)