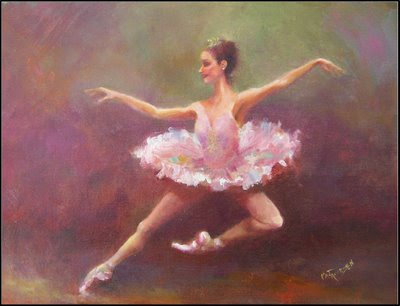 This dainty beauty has become a familiar figure for Christmastime festivities, accompanied always (in my mind at least) by the most wonderful theme song a fairy ever had! After all, what other fairy (save for the evil fairy from Sleeping Beauty) can boast a theme song written by the incomparable Pyotr Ilyich Tchaikovsky?

I first became familiar with the Sugar Plum Fairy's haunting theme when I was a child via Disney's beautiful animated short. Here we do not see the Sugar Plum Fairy herself, but rather many colorful flower fairies, lighting up a garden of flowers with dewdrop lights. As a little girl, I found it thoroughly engrossing, and I give much credit to this short for the deep-rooted love of Tchaikovsky I know today. (And can you believe how gorgeous this hand-drawn animation is?)

The little fairies were cute . . . 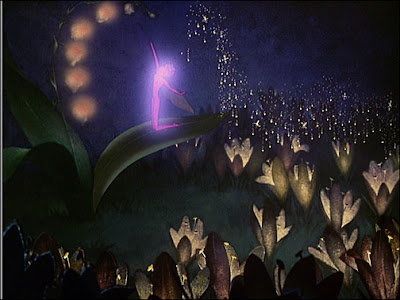 if rather poorly dressed . . . 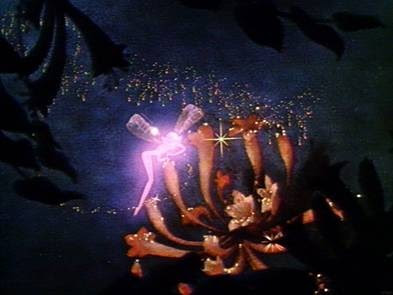 It was years later before I encountered the Sugar Plum Fairy herself, however. She is a wondrous, otherworldly creature, one of the best-known and best-loved  fairies to this day. Every year at Christmas, thousands upon thousands of people experience her beauty and grace via Tchaikovsky's magical Nutcracker Ballet. 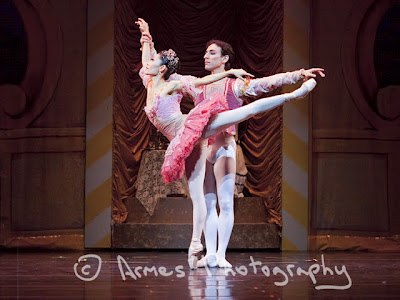 I have seen this incarnation of her (represented by the lovely Margaret Severin-Hansen) twice at the Carolina Ballet. Though I know the music by heart, I never cease to be amazed hearing Tchaikovsky's work. It takes my breath away to see the Sugar Plum Fairy dancing with her cavalier to this magnificent song. It starts out softly enough . . . but oh, how it builds in majesty and romantic grandeur! Take a few minutes out of your day and listen to it for yourself. 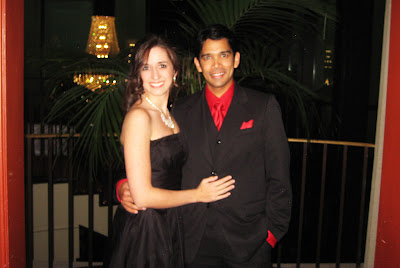 Handsome and me, dressed up to attend
the Nutcracker performance!

This fairy's story is simple enough. When brave young Clara rescues the Nutcracker Prince from the evil Mouse King's spell, all of the Land of Sweets celebrate the victory! Led by the Sugar Plum Fairy herself, they dance and perform in Clara's honor. And none is so beautiful as the Sugar Plum Fairy. 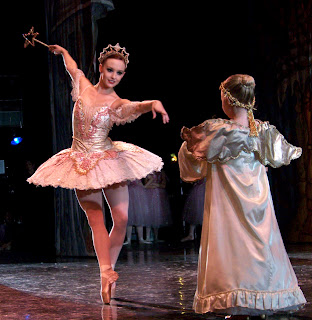 My other childhood memory of this beauty came when I was a little older, nine years old perhaps. The present I wanted More Than Anything that Christmas was the gorgeous Sugar Plum Fairy Barbie doll being promoted that year. Oh, how I longed for her! 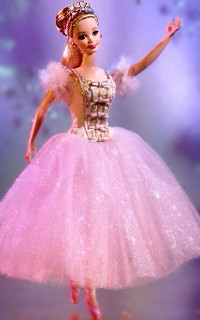 This was rather odd, for I was far more inclined to play G.I. Joes with my brothers than with Barbie Dolls. But really, looking at that stunning doll above, can you blame me? She lived for many, many years on display in my room, long after I had grown "too old" for dolls. What a loved fairy she was!

That being said, I never did watch the Barbie Nutcracker movie. I'm sure it was adorable, but Barbie movies have never been so much for me! 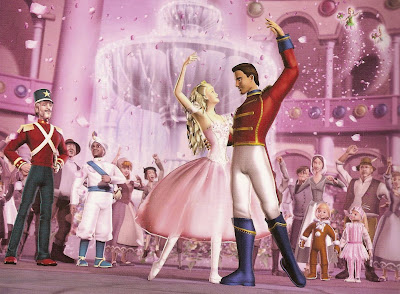 So tell me, dear readers, have you ever had the opportunity to see the Sugar Plum Fairy fly across a ballet stage? If so, do tell me about it! 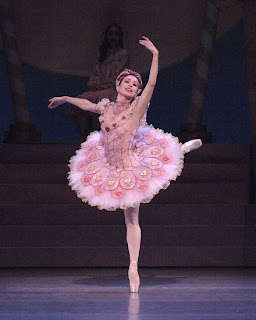 When I was 11 or 12, my older brothers bought tickets to the Nutcracker for me and my sister, as a Christmas present. I don't remember all the details; I don't even remember the Sugar Plum Fairy as well as I wish I could. But I remember that night. :)

Every Christmas, at some point during the month, someone in my family turns on the Waltz of the Sugar Plum Fairy so we can all twirl around the family room together.

I saw it with you at the Carolina Ballet!
It was so fun--Tchaikovsky's music is beautiful and the story endearing.