I have sadly neglected this poor little blog of late! Guilt abounds.


But I have been relatively busy these last few months. For starters, I was on a deadline. Not just any deadline . . . we are talking the Mother Of All Deadlines.


By the grace of God, I succeeded, my editors liked the draft, and we are moving along at a fair clip. Soon I will post the cover for VEILED ROSE which will come out in summer of 2011. So exciting! 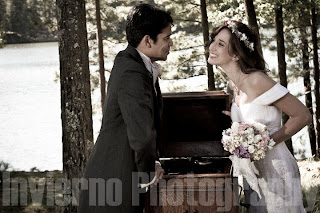 I am now married to the kindest, the most wonderful, the dashing, and clever, and charming, and brilliant Rohan de Silva, fencer extraordinaire! 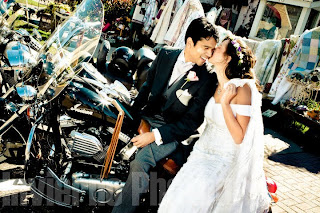 And we are ridiculously happy!

Come away, O human child!
To the waters and the wild
With a faery, hand in hand,
For the world's more full of weeping than you can understand
I think these lines from W. B. Yeats, taken from his long poem, The Stolen Child, capture one of the most beautiful reasons why authors throughout the ages have written faerie tales. That deep-rooted desire to catch at something bigger, broader, more terrifying and more beautiful, than the natural world can hold. That longing for the Other, that nameless Other, that finds its breath in the unhindered imagination.
Yeats is one of my favorite poets, but I had not read this poem until just yesterday. I love discovering those who can say in a few lines what I try to say in whole novels! Yeats, my dear, you humble and move me.
Posted by Anne Elisabeth Stengl at 11:09 AM 4 comments:

I feel it is time to continue this blog, perhaps with rather more faithfulness than before. So I am going to tell you, my (few) faithful readers, a little fairy tale. Except this one is true.

As you know, I've been taking fencing classes.

Toward the end of my first term as a fencer, I was not what you'd call the most brilliant student in the class. But I enjoy the sport, and my enthusiasm can carry me where talent cannot. Thus when the time drew near for our end-of-term tournament, I approached the event with little confidence in success but plenty of verve!

When I realized I was being paired off to fight Rohan first.

Let me try to express to you how unfair this fight was. For one thing, he is significantly more athletic than I (I am more the . . . artistic sort, we'll say). For another, he'd been taking lessons for at least a year longer than I.

Nevertheless, upon being informed that such was my fate, I made the best of it by sidling up to this gentleman (with whom I had exchanged no more than two words perhaps all term) and proceeded as such.

AE: "You need to be afraid now. I'm scheduled to fight you first, and I just want you to know that I intend to eat you for lunch, metaphorically speaking. You should be afraid."

Rohan (grinning): "They'll have to duct tape my sword to my hand, I'll be trembling so hard!"

The call to suit up and salute was given, and a few minutes later, I stood across from my opponent, ready to die, but determined not to show it.

Imagine my surprise, dear readers, when I actually won the match!

Yes, you read that right. I won that first match of the tournament, a match I could not have hoped to succeed in. It didn't matter that I was creamed in all subsequent battles . . . I actually carried the day in my first!

(To be fair, it was a short match to five, not a full match to fifteen . . . and Rohan went on to beat everyone else he fought that night, because he really is that much better than me. But don't tell anyone I admitted that.)

Following our fight, and his gracious acknowledgement of defeat, this young man and I sat to watch the next few matches, chatting lightly about fencing and art and a little about literature. And I thought to myself, What a pleasant young man I have just defeated in cold blood.

The next week, he asked me to go to an art gallery with him.

The week after that, he took me to hear live jazz.

The week after that, he treated me to Belgian baked goods.

The week after that, we went dancing.

Do you see where this is going?

So there you have a fairy tale, better composed and written than any one of mine! And now I must get back to my official noveling . . . .

Who knew that fencing would be quite so much fun?
Posted by Anne Elisabeth Stengl at 6:36 PM 4 comments: